WRC machines are tough beasts, handling tricky terrain and huge jumps. But, that doesn’t stop them from struggling over huge bumps.

Kris Meeke suffered a massive crash that completely crumpled the roof of his Citroen C3 WRC on SS4 of Rally Argentina on Friday, while running second.

He was going through a fairly steady “nothing corner”, as he described it, when a large bump pitched his car into the air and the scenery.

It hit a bank and rolled, flying up into the air and landing on its roof for a second time. As you can see from the video, there was just a little bit of damage to Meeke’s car and he retired.

The reaction from Meeke and his co-driver just after they hit the bump is hilarious too, so watch out for that. 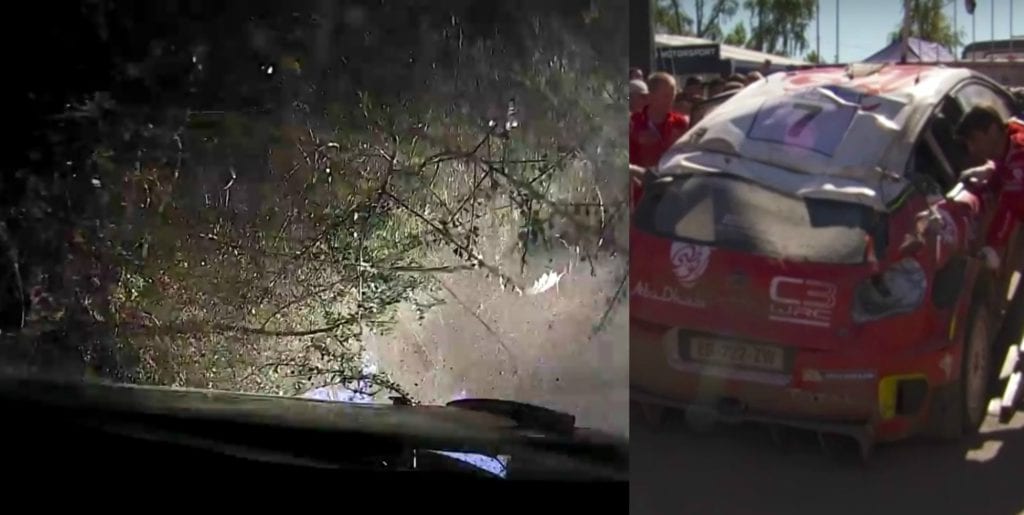