Hulkenberg Slams Grosjean For Triggering The Crash At The Start Of The Spanish GP – WTF1
Skip to content
×
Formula 1 , News

Grosjean isn’t having a good time of it at the moment, is he? As if spinning out of the race in Turn 3 wasn’t bad enough, it seems he also made the bizarre decision to keep his foot buried on the throttle whilst it was happening, presumably in some forlorn hope of saving it.

Surprisingly, the effect of spinning across the track whilst generating a massive smokescreen didn’t pay off and Hulkenberg and Pierre Gasly got taken out in the chaos.

Afterwards Hulkenberg was more than happy to fire a few shots at Ro-Gro, telling the BBC:

“Obviously we saw that Romain spun and he came back into the track. I couldn’t go anywhere, couldn’t avoid him unfortunately and he took the back end of my car off and that’s the end of my afternoon.

“He doesn’t look great in that particular scenario. But generally he likes spinning a lot during the weekend but lap one is not a good timing to do it with all the cars around. I think he’s got to look at it and go do some homework for himself.”

Ouch! It’s definitely becoming a bit of a horrible year for the Haas driver. He’s one of only two drivers (the other being Sergey Sirotkin) yet to score points this year and he’s still in the habit of making some dodgy errors. 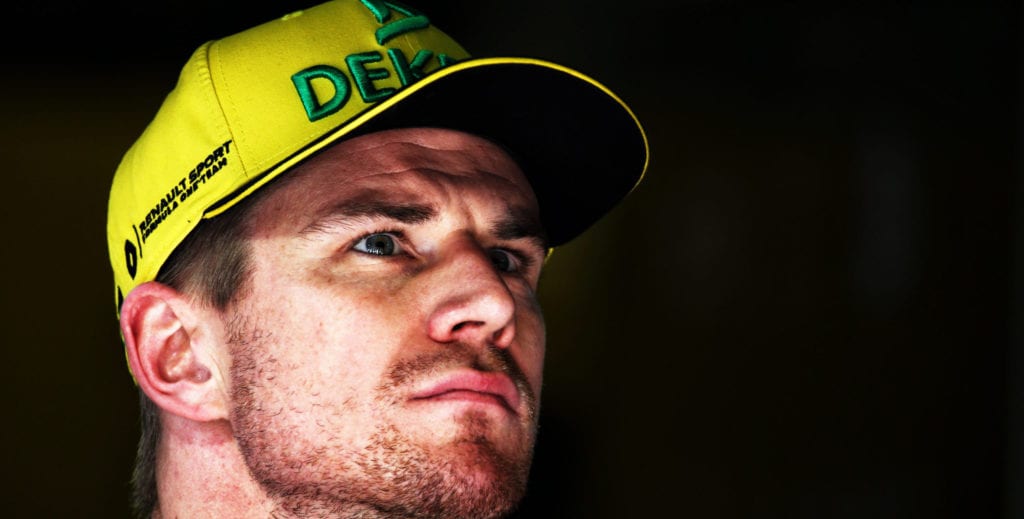