Hulkenberg Thinks That Leclerc Was Driving Too Aggressively In Monaco – WTF1
Skip to content
×
Formula 1 , News

Hulkenberg Thinks That Leclerc Was Driving Too Aggressively In Monaco

Leclerc promised do-or-die overtaking after Ferrari’s woeful misjudgement in qualifying left him stranded towards the back of the grid; the 21-year-old saw a gutsy drive as his only chance to salvage some much-needed points. He’d managed to squeeze past Romain Grosjean at La Rascasse (just past his restaurant of choice) in a move that the Haas driver described as “kamikaze” on the radio. Yet, Hulkenberg proved to be a step too far. Leclerc tried a desperate lunge and ended up hitting the right rear of his car against the protruding barrier, causing a puncture on lap nine. He got it back to the pits, but too much speed meant that the tyre fell apart and the flailing carcass left him with irreparable floor damage.

Hulkenberg also received a puncture but struggled on to finish in 13th. Speaking to Motorsport.com he relayed his side of the story, saying that once he saw the Ferrari coming he created a bit more space. But he thought the move was not on the cards, ill-advised and a product of frustration.

“Yeah, he was [too aggressive]. You know he came, first of all, from quite far back and then I didn’t leave much of a gap anyway and I saw that he launched and I played fair and opened the steering and tried to leave him some space, and tried to let us both lift. He spun, he just kissed me – I didn’t hit the wall or anything but he sliced my rear tyre open. I think he was definitely too ambitious in that moment.”

“I was aware of [Leclerc’s pass on Grosjean], my engineer told me that, I could sense it coming but you’ve still got to weigh up your chances as a driver and know when it’s a real opportunity or when [it’s] not. But I think he was a bit impatient there today, obviously frustrated after yesterday and wanted to get through the field – but it’s Monaco and it doesn’t work like that always.”

F1’s motorsport director Ross Brawn also echoed that feeling, saying that Leclerc “went too far and paid a high price for his impetuousness”.

Leclerc was fairly nonplussed about the accusations, believing that it was no more than a racing incident. Unsurprisingly, he said that Hulkenberg could have been a touch more generous with the gap he created. However, the 2017 Formula 2 champion ceded that coming back from 15th on the grid was highly unlikely in what turned out to be a dry race dominated by one-stop strategies.

“I just said [to Hulkenberg] I think it was a racing incident, I don’t think he left much space. I had to take a lot of risks, which we did – it was fun at the beginning, unfortunately it ended in disaster, but that’s a bit Monaco. Unfortunately when we’re starting P15, which is not our real pace position… it was difficult to come back for today.”

At least he didn’t have a long journey back home though, so every cloud. 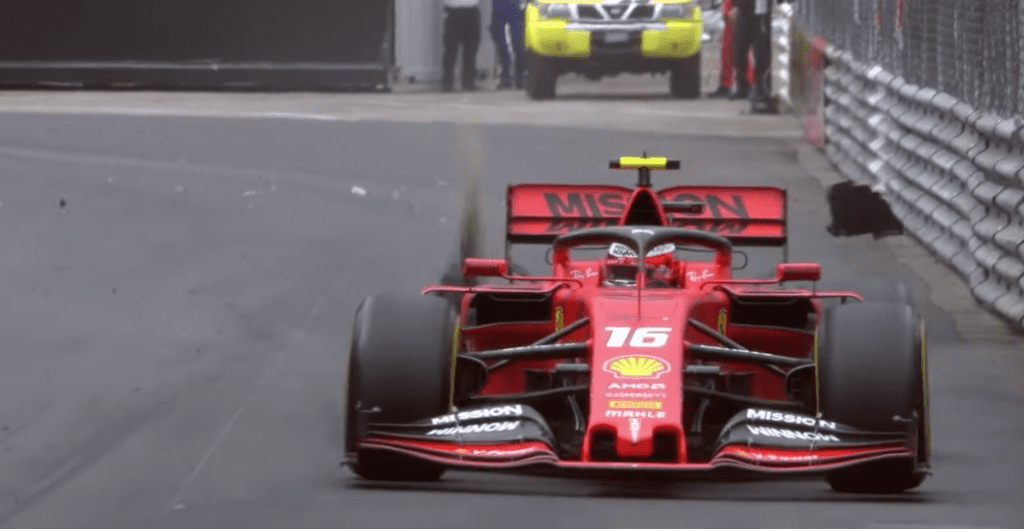