Hulkenberg Was Watching FP1 Trackside Ready For A Call Up

He has been the ultimate substitute this season, racing in place for Sergio Perez and Lance Stroll in recent races, and Nico Hulkenberg is ready on standby at the Portuguese Grand Prix this weekend.

Hulkenberg’s recent call-ups have seen the driver rushing to Silverstone or Nürburgring to replace drivers with COVID-19, but now he is not taking any chances by watching practice sessions trackside.

Perhaps he is manifesting another racing opportunity? Let’s just hope none of the drivers think about coughing in his earshot.

Although he does not have a confirmed race seat next year, the Hulk has been associated with drives at Red Bull and Haas after his impressive last-minute drives for Racing Point this season.

The move to bring in a reserve driver is not just something that Racing Point have done this weekend.

Red Bull have drafted in Sébastien Buemi this weekend in in case of issues with their drivers, following from their scare at the Nürburgring when Alexander Albon had an inconclusive COVID test result.

Helmut Marko even told the media that they had a discussion with Hulkenberg on the Friday about racing for Red Bull that weekend, had Albon’s re-test came back positive but that opportunity never occurred.

The following day, Stroll complained of an upset stomach and was ruled unfit to race which turned out to be COVID. Hulkenberg had to rush to the track ready for qualifying, but has now learnt his lesson and is at the track today so he is ready for anything.

SkyF1 have since reported that Hulkenberg went home after FP1. Let’s hope he’s got a private jet on standby for when he inevitably has to step in for another driver tomorrow. 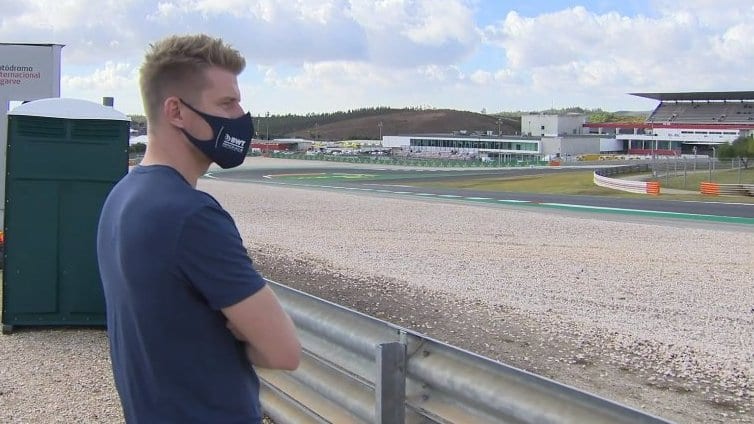