Hulkenberg Will Have To Start From The Pit Lane After Breaking Parc Fermé Rules – WTF1
Skip to content
×
Formula 1 , News

Hulkenberg’s Turn 4 crash damaged his front wing and after returning to the pits for a fresh one, he struggled to find pace and ended up dropping out in Q1, set to start the race from 16th.

Parc fermé rules prevent teams from changing parts on the car in the name of cost-cutting – otherwise you’d get teams making bespoke parts which are only good for qualifying and then get switched out for the race. Certain damaged parts are allowed to be replaced as long as they’re with ones of equal specification. Hulkenberg was forced to take on a slightly older spec front wing, hence the automatic penalty of a pit lane start.

“However the team was willing to accept the view of the FIA technical delegate that the front wing is of a different specification from the one used during qualifying. Accordingly, the stewards determine that the competitor is required to start the race from the pit lane.”

The funny thing is that Hulkenberg himself may have been the person who inadvertently let the cat out of the bag. In interviews directly after qualifying he said that he had to revert back to the old spec wing after the crash, claiming the loss of performance from that was what cost him a place in Q2, yet later changed his story and said that the wing was the same spec.

A bit of genuine confusion, or a failed attempt to try and get away with breaking the rules? Hopefully it’s the former, because the FIA doesn’t take kindly to deception…. 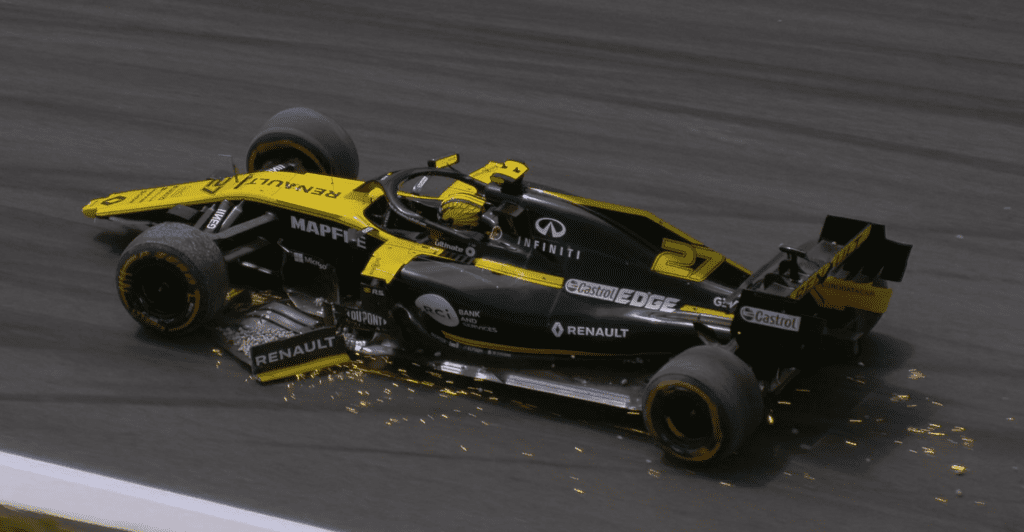