I Wouldn’t Be Where I Am Now In My Career Without Red Bull – Vergne – WTF1
Skip to content
×
Formula 1 , News

Sebastien Buemi, Jaime Alguersuari, and Jean-Eric Vergne – just three drivers who performed solidly for Toro Rosso, but ended up losing their seat to another driver on the Red Bull ladder, effectively ending their F1 careers in their early 20s. For a while, Red Bull’s junior programme was oversaturated with driving talent, which almost afforded Helmut Marko (the head of Red Bull’s driver development) the safety net to cut out anyone who he felt was anything other than an absolute superstar.

Fast forward to 2018 and, with Pierre Gasly seemingly off to Red Bull and Brendon Hartley struggling a bit, Toro Rosso potentially has two seats available for next year – but there’s a vacuum of Red Bull talent. It’ll be at least another year before Dan Ticktum gains enough points for a super licence, and Honda’s junior drivers are still a way off, too. Those two Toro Rosso seats could go to almost literally anybody – a rare situation in modern F1.

You’d think it must be frustrating for those drivers who lost out earlier in the decade to see spaces readily available at their old team, wouldn’t you? Well, we asked Vergne what he thought about the whole situation. He told WTF1:

“It’s not up to me to judge; I think Red Bull has proven to bring a lot of talents. Even with everything that happened between Red Bull and I, today I am Formula E champion, I won many races in LMP2 and without Red Bull, I wouldn’t be here. So in a way even though I am not Red Bull anymore, they succeeded. They bring young drivers who had no avenue, no rich parents, no sponsors, no nothing.”

“Thanks to them I have the career I had today. It could have been different if it had been managed in a different way when I was in F1. But what happened is what happened so it’s not up to me to judge. I’m just thankful for them to have put me here, but not thankful for the way it ended. But it’s like this for all drivers up and down motorsport – and Formula 1 is a funny thing.”

JEV certainly is doing well for himself since the end of his F1 career. As well as being the reigning Formula E champion he’s had success in LMP2, with two victories in the European Le Mans Series this year. He also won the LMP2 class at Le Mans this year before his team was disqualified for a technical issue. He’s also jumping head-first into the esports scene as part of the Veloce Esports project, something he has a tremendous belief in.

Would Vergne be open to an F1 comeback? After all, we’ve seen Red Bull recall Hartley, who’d previously been dropped from the programme, too. What if Helmut Marko picked up the phone and offered Vergne an F1 seat for 2019? We asked him that too…

Jean-Eric Vergne to make a comeback with Red Bull in 2019: you heard it here first! 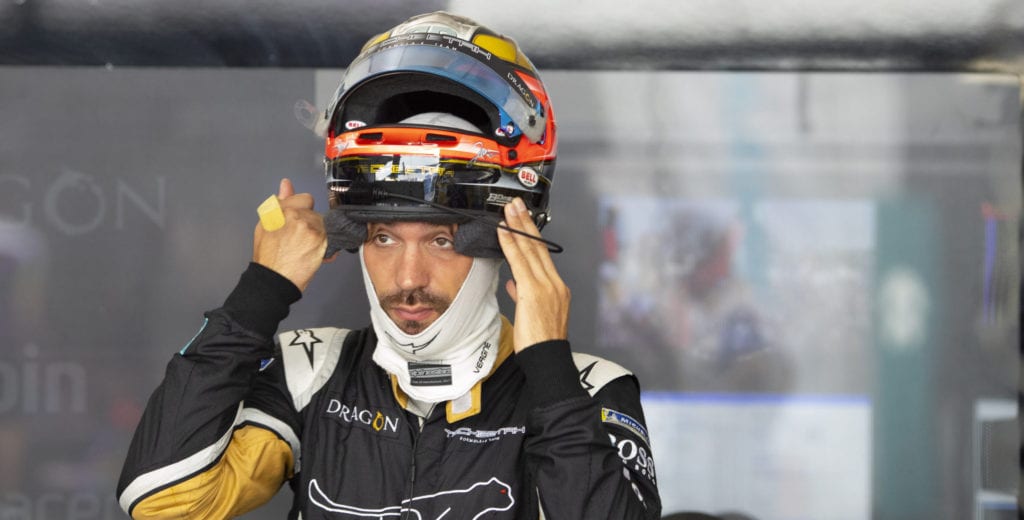