If Every Race At Albert Park Made Up A Championship, Who’d Win The Title? – WTF1
Skip to content
×
Formula 1

If Every Race At Albert Park Made Up A Championship, Who’d Win The Title?

This was going to be part of a new series which we’re running this year in the build-up to every grand prix this season. But, even though the first four races have been either cancelled or postponed (with more disruption to potentially come), we’re gonna run with it anyway.

The concept is simple. For each race, we go back through and create a championship table using the results from every race that’s taken place at that circuit. So, in this case, we’re only counting the Australian GPs held at Albert Park – not the ones from Adelaide.

The points system we’re using will be the one that was in force when the track first appeared on the calendar. Albert Park first hosted a race in 1996, so every race uses the 10-6-4-3-2-1 allocation. And to keep tables small(ish), we’re not including the results of any drivers who failed to score any points in a race and more generally speaking.

It’s a bit of fun which hopefully should throw up some interesting observations about how drivers performed at a certain track beyond the usual figures of most wins, or most pole positions.

So, anyway – let’s get stuck in with the numbers from Albert Park.

A little surprising to see Lewis Hamilton as the champion? Perhaps – after all, he famously has many, many pole positions at Albert Park (eight to be exact) but just the two wins. And in a points system which heavily rewards winning, I was expecting Michael Schumacher to take this one. And while he does indeed have the most wins with four, his tally is harmed by six retirements, dropping him to third behind Sebastian Vettel and only just keeping him ahead of Fernando Alonso, who only has the one win at Albert Park.

Actually, Alonso is an interesting one. Impressively, given the wide range of both good and bad cars he drove throughout his time in F1, he managed 11 consecutive top-five finishes between 2004 and 2014. 11! The next highest number of consecutive finishes is five, which is more what you’d expect from what is both a punishing circuit and a race that typically kicks off the year (which also explains the six disqualifications).

Other surprises? Well, Felipe Massa never seemed to go well at Albert Park, but just the one podium and a few other points finishes leaves him way down in 18th, which doesn’t reflect how strong he was towards in the second half of the 2000s. Jarno Trulli is a bit of shock, too – only three drivers have more starts than him, yet he only managed six points.

This also highlights the plight of Australian drivers in their home race – between them, Mark Webber and Daniel Ricciardo have seven retirements, four non-scoring finishes, a best result of fourth, and a disqualification (from when Ricciardo finished second in 2014) from their combined 20 starts.

At the end of the season, we’ll combine the results of all of these ‘track championships’ into one big, ultra, mega championship. Of course, given that we’re using circuits currently on the calendar, this format does favour current drivers over other legends like Ayrton Senna and Jim Clark, who mostly raced on circuits no longer used by F1.

But still, it’s a fun little experiment, and we hope you enjoy it as the year progresses! Who knows – the way things are going at the moment, it might be the only chance we have of seeing Hamilton and Vettel fight for a championship… 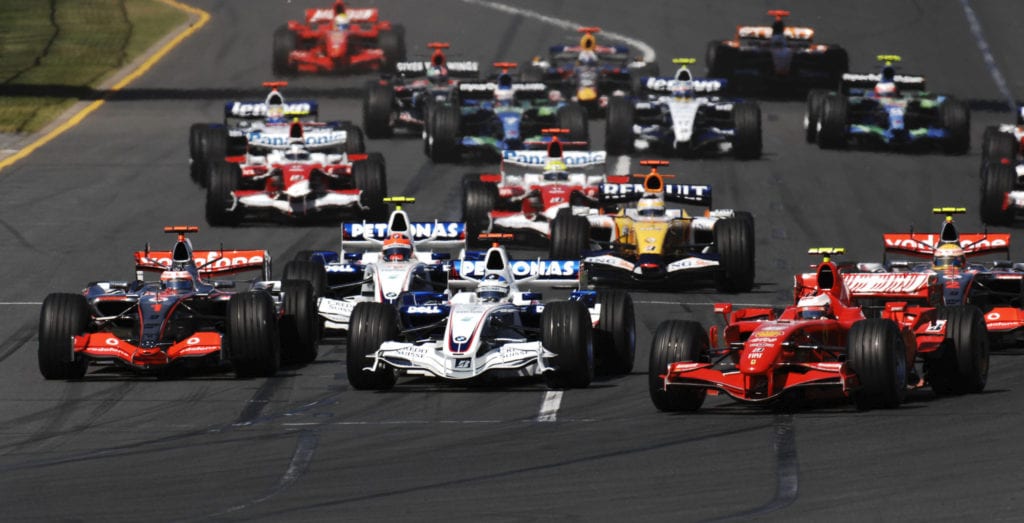