Taylan Gerem has designed some magnificent football strips for fantasy F1 football teams, so here is a guide to the upcoming fictional F1 Premier League Season. Will Inter Toro Rosso regret the switch to Honda physiotherapists? Will Sauber Town finally get relegated?

The dominant side in recent years, Mercedes AMG Dynamo houses the DPFA driver player of the year, Lewis Hamilton. The golden helmet winner has been criticised in the past for being a bit of a prima donna away from the pitch, but that seems to be behind him. The team are defending the title, and with assistant manager Niki Lauda barred from attending match press conferences, a smoother ride is expected in 2018 and the 0-0-2 formation might just work again.

The spending power of A.C. Ferrari is almost Qatari-normous. They sell the most shirts and bring in the most revenue despite winning little in the past few seasons. Their star player is obviously Sebastian Vettel, but the striker is caught offside far too often ever since linesmen started using blue flags. Raikkonen is a silent wing-back who sometimes loses pace in the second-half, possibly due to half-time ice cream providing a brief sugar rush before giving the player a sore stomach.

The English equivalent to German side RB Leipzig, RB Racing City puts heavy faith in its youth academy. They loan players out to Inter Toro Rosso to gain vital minutes on the pitch. Adrian Mourineweyinho is decorated as the most tactically astute manager in the league, so they are expected to finish highly this season with new game plans. Can Max Verstappen win his thirteenth consecutive “goal of the month” on the Match of The Day polls? Or will the public get tired of voting for him?

Punched above their weight last season but suffered disciplinary action too often. There were four fixtures in which Checo Perez and French prodigy Esteban Oconaldo tackled each other on the pitch. They are teammates, and giving one another cruciate ligament injuries isn’t going to bode well for either in 2018. There is a rumour that Oconaldo is being scouted by Mercedes AMG Dynamo, but he needs another solid season before anything comes of this.

Criticised in recent years for playing too much sideways football. Fans staged a walkout at Grove Stadium last season when the team went through a spell of bad form without points. Paddy Lowe has been promoted from the boardroom to invigorate the side, but with new signings like Sergey Sirotkin, the team are pushing their luck running at a surplus rather than going in for experienced playmakers. Robert Kubica might make the subs bench, and looks bound for nothing but a few league cup appearances this term.

Rovers aren’t worried about the drop, and will set their sights on climbing the league table this season. They’ve made the Carlos Sainz loan move permanent, and ex-Renault striker Jo Palmer has been demoted to water boy duties. Despite a lengthy career and many strong performances, Nico Hulkenberg has never scored a hat-trick for the team. Could this finally be the year?

You try telling these guys that it isn’t ‘soccer’. During the winter transfer window, Haas Galaxy purchased 90 per cent of AC Ferrari’s 2017 squad and are hoping that this will propel them up the table. The huge rivalry against Renault Rovers will continue in 2018, and Kevin Magnussen, the Danish midfielder and editor for Haas Galaxy’s fanzine ‘The K-Mag’ will no doubt be demanding that fierce rival Hulkenberg sucks on his footballs for the foreseeable future.

Inter could be in relegation territory this season, having made the ballsy switch to a backroom staff of Honda physiotherapists to maintain their players. They weren’t put off by what the Honda physios got away with last season at McLaren Athletic. How many times would Fernando Alonso’s kneecap have to fall off for them to show disinterest? Apparently, it doesn’t matter. This time, they are giving Brendon Hartley, who has been more accustomed to handball in recent years, another shot at this style of ball game.

McLaren Athletic are looking to avoid a relegation fight for the first time in three years with new training equipment provided by Renault Rovers. Their performance has attracted criticism, especially given the context of Alonso’s massive player wage and agent fees against their league position. Belgian international Stoffel Vandoorne is expected to step out from the shadow of his veteran teammate this season and match his goalscoring record.

Sauber Town are languishing at the foot of the table and even the signature of AS Monaco prospect Charles Leclerc might not be enough. The team usually require about twelve minutes of extra-time just to put in a 90-minute shift, and this isn’t set to change in 2018. Marcus Ericsson hasn’t yet proven he can tie the laces on his football boots, let alone play, and this is another big issue heading into the season.

To see more of Taylan’s work, check out his Instagram. 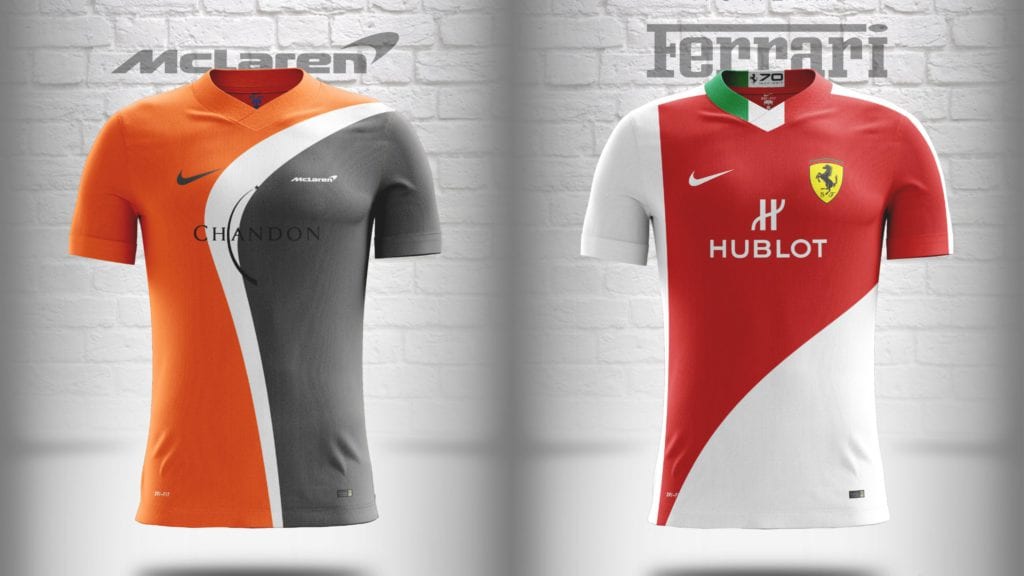