IndyCar And The Indianapolis Motor Speedway Have Been Sold To Penske – WTF1
Skip to content
×
Indycar , News

IndyCar And The Indianapolis Motor Speedway Have Been Sold To Penske

Hulman and Co has owned the Speedway since 1945 but, after a year of rumours regarding a sale, Penske’s acquisition of the venue and the series that Team Penske competes in was officially confirmed on Monday morning – with more information provided through a press conference. The monetary value of the sale was sidestepped in both the press release and the press conference by Penske, but the deal is expected to be completed in January 2020. One thing is certain, expect it to be more than the $750,000 Tony Hulman shelled out for the IMS 74 years ago.

Hulman and Co chairman Tony George, who was instrumental in Formula 1 coming to Indiana at the turn of the millennium, said that he has full faith in Penske to head the IMS and IndyCar Series with total competency, on an emotional day for his family.

“We recently approached Roger Penske and Penske Corporation about this opportunity and began working to put an agreement in place. The Indianapolis Motor Speedway has been the centerpiece and the cathedral of motorsports since 1909 and the Hulman-George family has proudly served as the steward of this great institution for more than 70 years.

“Now, we are honoured to pass the torch to Roger Penske and Penske Corporation, as they become just the fourth owner of the iconic Speedway. There is no one more capable and qualified than Roger and his organisation to lead the sport of IndyCar racing and the Indianapolis Motor Speedway into the future.”

82-year-old Penske, whose team has 18 Indy 500 victories to its name, returned the compliment and stressed the value and importance of the IMS.

He also confirmed that the famous museum will be conserved and that one of the key targets is to increase the financial benefits the 500 brings to Indiana and the areas surrounding the IMS.

“My passion for racing began at the Indianapolis Motor Speedway in 1951 when I attended the Indianapolis 500 with my father. We have so much respect and appreciation for the history and tradition of the Speedway and the sport of IndyCar racing. I want to thank Hulman and Company for the opportunity to build on this legacy and it will be an honour for Penske Corporation to help lead these great institutions forward into a new era.”

Penske was quizzed on any “conflict of interest” that could arise as IndyCar, IMS and Team Penske boss by Associated Press, but denied that it will be an issue with all the roles clearly defined. Penske was also coy on his current position on guaranteed starters for the 500, having previously said that IndyCar regulars (not Fernando Alonso, in other words) should get top priority.

“I think that that will be a strategic discussion that will be taken up with the senior leadership. I wouldn’t make a comment today, one way or the other. I think some of the excitement has been in the past through the fact that we had people wanting to come in to the race. We also have to understand that there are people who commit to the entire season and take this series around the country, and around the world potentially, and we need to make sure that they are taken care of.”

Well, a large hint at IndyCar looking to expand its global reach, perhaps? I’m preparing for a mixed reaction with this news, so let us know your thoughts on the subject. Hopefully Ferrari and the FCA Group don’t get any ideas for F1… 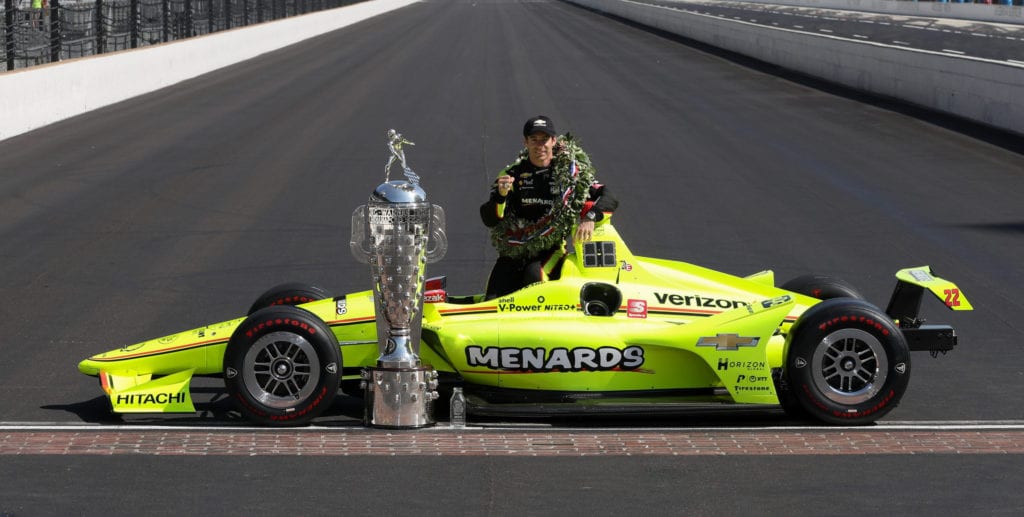