It may sound obvious to say that a racing driver who isn’t currently in F1 would like a chance at becoming an F1 driver. But for current IndyCar champ Josef Newgarden, you get the sense he not only really means it, but believes it’s possible.

The 26-year-old started out his career hoping to rise to Formula 1, but after a single season in GP3 in 2010 the budget ran out, and he headed back to America. Not that that turned out to be a bad thing – for ages he was tipped to be IndyCar’s ‘next big thing’, and he won the title this year in his first season for Penske.

He still has one eye towards Formula 1 though, and has said that if the opportunity came up to give it a real good go, he’d take it.

“I’m a bit like Fernando in a way that he wants to try all different disciplines. He wants to be well-rounded, and I agree with that a lot. I’d love to try every form of motorsport, sports cars, NASCAR. I love IndyCar and want to continue doing that, but also I’d love to do Formula 1.

“It was a dream of mine when I was younger to do multiple forms of open-wheel racing, IndyCar and Formula 1. If it was something that I could dip my hand into, I would be all for it. If the right opportunity came about and we could make it happen, I’d want to try it.”

It seems weird to believe, but in modern F1 terms being 26 might be considered as ‘too old’, but with Brendon Hartley debuting at 27 and looking set for a full-time seat, Newgarden’s chances might not be entirely over.

He’s happy in IndyCar, but as he’s still relatively young he’s keen to experience other disciplines.

“I think you’ve got to look at it in terms of years. I’m still young enough where it’s possible to go do that. If you hopefully make it to 40, 42 in motorsports… when you’re 26 there’s still time to move around a bit right now. I would definitely be open to moving over to here and this side of the world for a little bit, but my end goal would probably be to come back to IndyCar if that happened.

“You never know how these things shake out. For me, I’m focused on IndyCar and working for Team Penske. That’s my gig, and I’m very happy with it. But if something could be worked out in Formula 1, I would absolutely look at it and try to make it happen.”

But hey, if the chance doesn’t come around, F1’s loss is IndyCar’s gain, because there’s every chance Newgarden can go on to become one of the greats of American open-wheel racing. 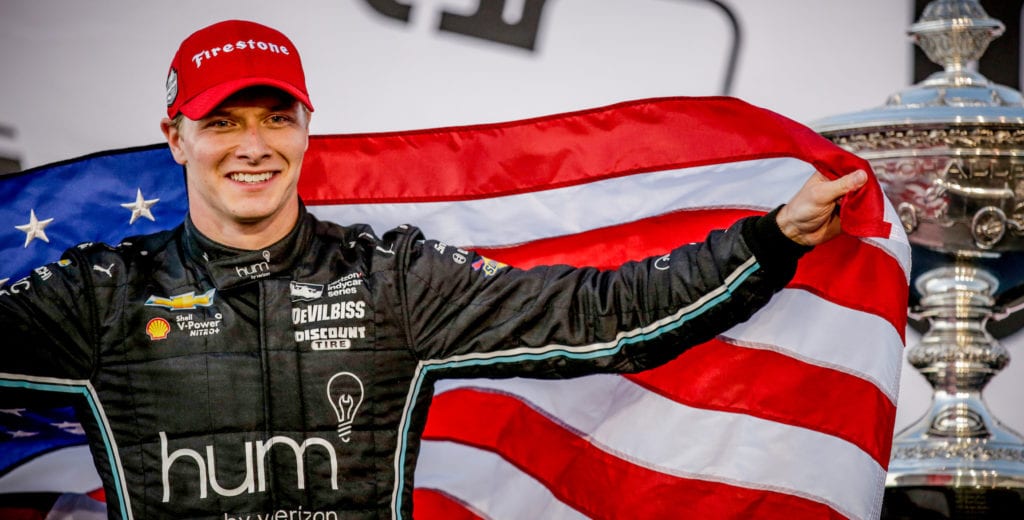