Over the last week, Sato has come under fire from various quarters for his driving on the first lap at Pocono, which triggered an enormous five-car pile-up. He went some way to putting that behind him by qualifying for this weekend’s race at Gateway in a solid fifth and although he had a tough start, some consistent driving and solid strategy looked like bringing him into contention at the end of the race.

Then, in true IndyCar style, he got a bit of a lucky break with the timing of a yellow flag, which left him leading the race. After fending off Tony Kanaan he looked set to win the race, until Ed Carpenter fought through into second and began rapidly gaining on Sato. It made for an incredibly tense final few laps and led to the kind of close finish which shows just why ovals are such a thrilling part of IndyCar racing.

For the second time in three races, championship leader Josef Newgarden found himself tumbling down the order on the last lap. This time however it wasn’t really his fault. Santino Ferrucci, ostracised from racing in Europe after some poor behaviour in F2 last year, has been something of a revelation in his rookie IndyCar season and at one point looked on course to take his first win. However, an attempt to take third from Kanaan on the final lap left him scrambling up in the marbles.

When he saw that Newgarden was coming to pass him, Ferrucci squeezed back down to the racing line and caused Newgarden to drop a couple of positions to seventh, behind main title rival Simon Pagenaud. A furious Newgarden told Ferrucci that he was “dangerous” and that “it’s absolutely not OK” to drive like that on an oval.

"What he did was, in my opinion, dangerous." @JosefNewgarden was not happy with @SantinoFerrucci's late move at @WWTRaceway 😡#Bommarito500 // #INDYCAR pic.twitter.com/9i6twIXbSy

Overall it was an incredible race and certainly one of the best of the season – an amazing feat, given how many good races IndyCar has had this season. With two races left at Portland and Laguna Seca, it’s looking like a battle between Newgarden, Pagenaud, and Alexander Rossi for the title after Scott Dixon was sidelined with technical issues. He still has a chance, but it’s a slim one.

For now, though, Sato’s redemption from Pocono is the story to be enjoyed. Just look at how ecstatic he was on the podium!

To add to that, the age of the podium finishers is well worth a mention. Sato is 42, second-placed Ed Carpenter is 38, and third-placed Tony Kanaan – his first podium for over two years – is 44. While F1 is obsessed with pushing through young talent, IndyCar is showing that the older guys can still get the job done. 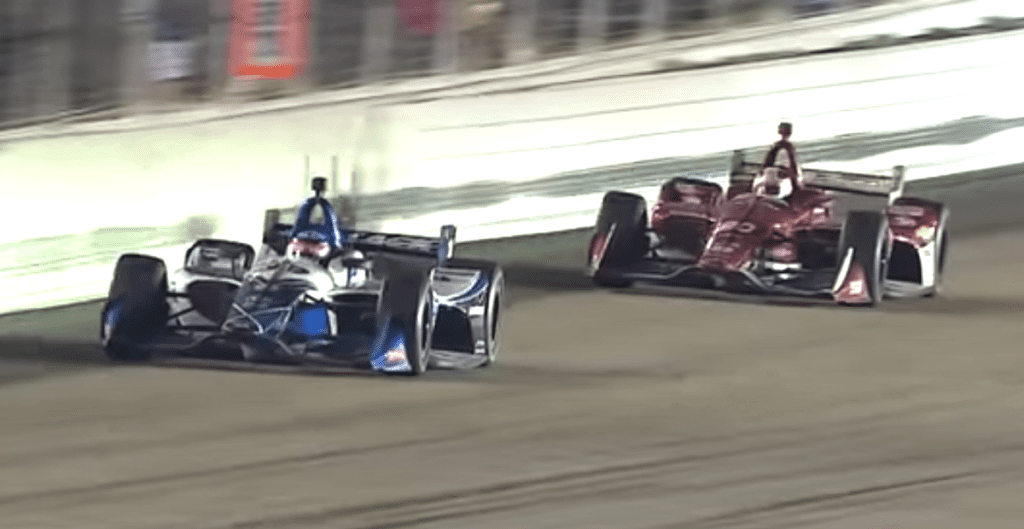