IndyCar Has Been Testing Its New Aeroscreen Device On The Track

While F1 introduced the Halo in 2018 (with the majority of other FIA-sanctioned single-seater series following suit), IndyCar has elected to go down its own path. The first aeroscreen was tested last year and although drivers reported no problems with it on-track (unlike F1’s ‘Shield’ concept), some of the behind-the-scenes tests didn’t produce the kind of the results the series had hoped for.

IndyCar brought in the deceptively effective AFP for 2019 while it refined the aeroscreen concept for next year. Designed in conjunction with Red Bull Technologies, it basically looks like a Halo with a screen around it, and is designed to withstand the same forces as the FIA’s Halo.

Scott Dixon and Will Power spent a day putting it through its paces at Indianapolis this week, giving us an idea of how it’ll look on the track.

It seems like a pretty positive day, too. Between them, Power and Dixon completed 257 laps of the iconic superspeedway (no mean feat in itself!) and according to IndyCar, “neither reported issues with visibility, head buffeting or car handling.” That’s extremely positive news, given how much you expect something the size of the aeroscreen to affect the aerodynamics.

Dixon (who tested the original aeroscreen last year) said there were only some minor problems that need to be sorted:

“There’s actually a lot less load on the helmet. Visually, there’s been no issue. Some of the areas with tear-offs and where they seam in the middle will be sort of fixed down the road to make it better.”

“I’m so happy that we have it. It’s really a huge step in safety, and I think it’s the best of both worlds. You’ve got the Halo and you’ve got a screen, so I think that you’ll see other open-wheel categories follow suit. When you’ve driven it for a day, you’re going to feel naked without it.”

From an aesthetic point of view? Well, from some angles – mainly side-on and top-down – I think it looks absolutely fine. From the front it looks a little jarring, though – it’s a lot wider and taller than you might expect.

Like pretty much every visual change to any racing car, we’ll get used to it, just as we have done with the Halo. And, like the Halo, it’s there to do a job of safety, not to look good. Marco Andretti perhaps put it best:

To all the fans who think the @IndyCar windscreen doesn’t “look good”. Just remember.. it’s not your heads headed towards the fence. We welcome your responses in any other departments, though.

So, that’s a big tick for the aeroscreen on superspeedways, but of course they make up just a fraction of the IndyCar calendar. Over the coming weeks different drivers will put it through its paces over a few different circuits to see how it copes with the different environments: Dixon and Josef Newgarden at the Richmond short oval; Simon Pagenaud and Ryan Hunter-Reay at the Barber road course, and Sebastien Bourdais and James Hinchcliffe at Sebring – a track so bumpy that it provides a pretty good approximation of a street track. 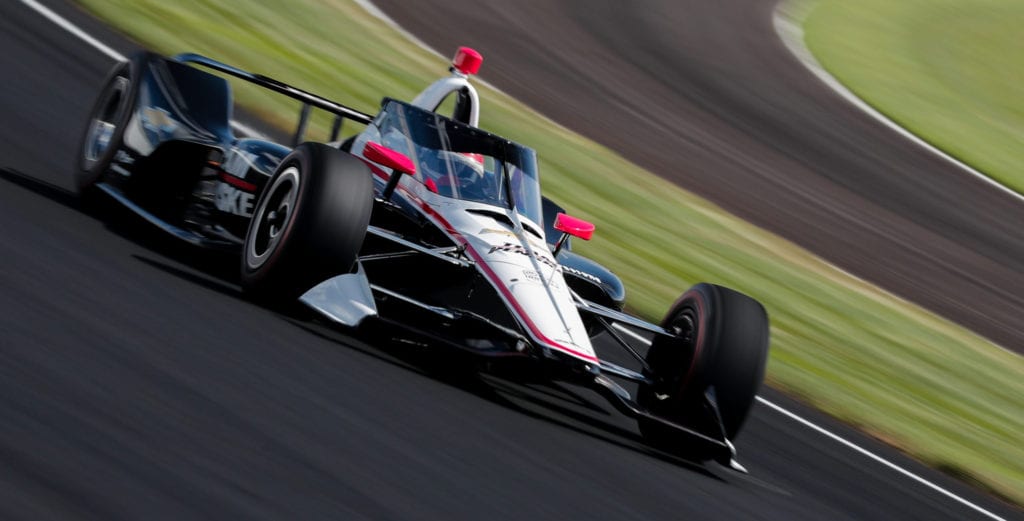