IndyCar Legend A.J. Foyt Got Attacked By Killer Bees, Then Set Them On Fire

A.J. Foyt holds all sorts of records in IndyCar. He has more wins than anyone else, more titles than anyone else, and he’s won the Indy 500 four times. Even more amazingly, he raced in the Indy 500 in five different decades. He’s also won the Sebring 12 Hours, Le Mans 24 Hours, Daytona 24 Hours, and the Daytona 500. He’s a motorsport legend and was supposed to serve as Grand Marshal at the Sebring 12 Hours this weekend, but he’s had to miss it because he was attacked by an angry swarm of killer bees.

The 83-year-old was out bulldozing some stuff on his Texas ranch (as you do) when he disturbed a hive, triggering the attack. It’s not even the first time it’s happened – back in 2005 he also suffered a killer bee attack. What are the chances?!

Despite this second attack being much worse, Foyt was discharged from hospital and is now recovering at home. He’s is a notoriously tough person, so even at his advanced age, the fact that he’s fought off attacks from killer friggin’ bees not just once, but twice seems somehow appropriate. Even his statement plays it down.

“I was doing some work on my ranch out west and got attacked by killer bees. I look like I had a fight with Mike Tyson and lost. Right now I’m on so much medication that I’m not feeling that great so I’ll take the doctors’ advice to rest for the next couple days.”

Once he was out of hospital, he didn’t go home to rest straight away – oh no, he had to seek revenge on the bees first. He told Racer:

“They sent my airplane for me but I told them I wasn’t going home until I killed those bees. We got 15 gallons of diesel fuel and dropped it and set those bastards on fire. I felt a lot better after that.”

Perhaps the best thing of all, however, was the title of Foyt’s press release, which simply read: 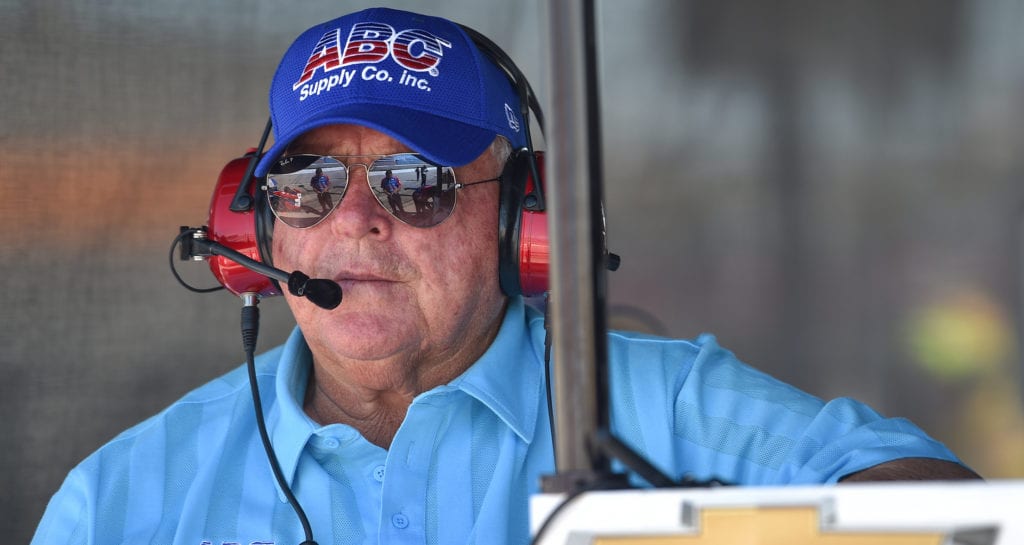