IndyCar’s 2018 Aerokits Have Been Revealed And They Look Incredible – WTF1
Skip to content
×
Indycar , News

IndyCar’s 2018 Aerokits Have Been Revealed And They Look Incredible

IndyCar first released initial drawings of what its cars will look like back in January, before giving us a more revealing glimpse last month with official renderings.

Now, we’ve been given a much better look at not only the superspeedway aerokits that will be used by IndyCar next year but also on road/street and short ovals too.

The new aerokits will be fitted to the current Dallara DW12 chassis and will be used across the entire grid, unlike the current IndyCar season.

The American single-seater series is basically spec, but there is a choice of Honda or Chevrolet engines and both manufacturers have their own kits too.

But from 2018 onwards, all IndyCar teams and drivers will use the exact same kit and we’ve got a proper look at the two configurations now.

IndyCar’s renderings definitely show off a pretty different look for next season.

The superspeedway kit (above) looks super slick and more elegant compared to the current design, which has been used since 2012, with a few hints of the past too.

Looking at the road/street course and short oval kit (below), it definitely has a more aggressive look to it, although it’s also sleeker and tidier.

It’s also worth noting the chunky and kind of awkward looking rear wing pods on the current aero kits have been ditched.

What do you make of the 2018 aero kit renderings? Let us know in the comments! 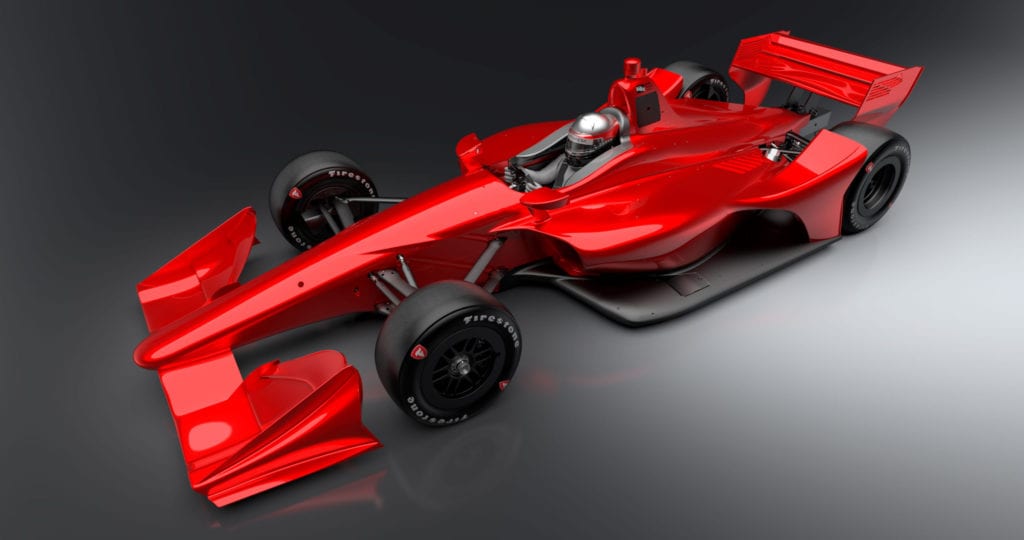