IndyCar went all out with its sim racing coverage. The national anthem was sung before the race, the drivers (most of whom were current IndyCar stars – take note, F1) did a virtual autograph session for the fans, and the regular commentary trio of Leigh Diffey, Townsend Bell and Paul Tracy were on hand to call the race from their homes.

Indeed, Bell ended up providing perhaps the highlight of the event when the cameras switched to an onboard with Scott Speed (who seems to no longer be banned from iRacing). With a view of the wheel, Bell decided to highlight just how smooth his inputs were when, well, this happened.

you couldn't tell the difference between real life and a video game, including the commentator's curse pic.twitter.com/XHj5JQvTaI

Poor Scott Speed. He was running a strong fourth at the time and the spin ended his race. Sage Karam dominated to take the win ahead of Felix Rosenqvist and Will Power, and there was quite a bit of good racing early on (although things did spread out and quieten down as the field spread out).

The presentation of the whole event was top class, though – squint a bit, and you could almost believe you were watching an actual IndyCar race. 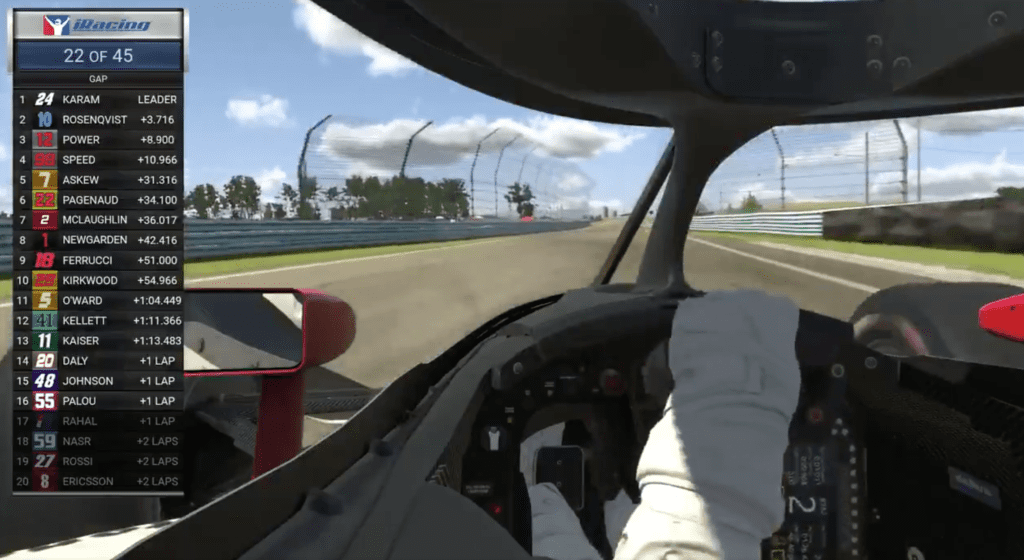