Hot on the heels of Toyota, Porsche has unleashed its LMP1 prototype for the up-coming WEC campaign at the ‘Temple of Speed’.

The new and comprehensively reworked 919 Hybrid was launched at Monza ahead of pre-season testing, as the WEC teams and drivers get back to work.

Porsche is putting its hopes on the new 919 Hybrid to retain the manufacturer’s WEC and Le Mans titles this season.

It’s powered by an updated 2.0-litre V4 petrol engine, with big claims of it being the “most efficient combustion engine” in Porsche’s history. It has an 8MJ hybrid system, like its LMP1 rival Toyota.

The monocoque itself remains the same but Porsche claims “60 to 70%” of the car is brand new, including two aerodynamic packages and changes to the hybrid powertrain (to name just a few).

There’s also, as you can see from the pictures, updates to the 919 Hybrid’s livery for the up-coming season.

Car No.1 is driven by Neel Jani, Andre Lotterer and Nick Tandy this year. The No.2 machine is shared by Timo Bernhard, Earl Bamber and Brendon Hartley.

So, there’s plenty of new tech packed into the 919 Hybrid, and it’s definitely a beautiful car to look at too.

We’re getting seriously hyped for the new WEC season. Pre-season running kicks off at Monza on Saturday and the 6 Hours of Silverstone takes place on the 16 April. 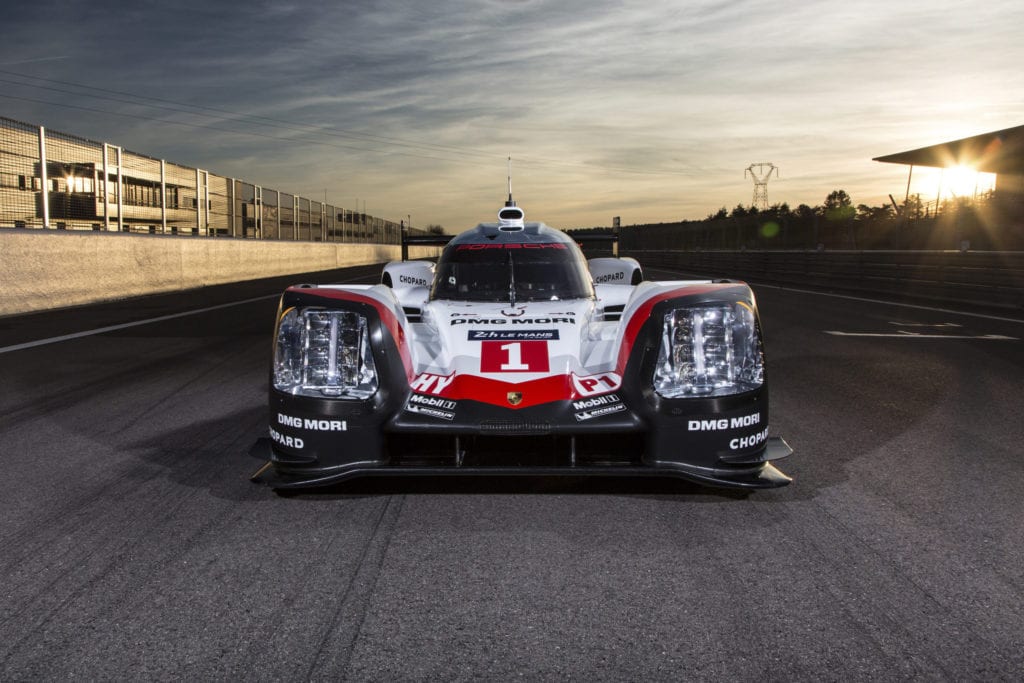