Is Alonso Interested In Giving World Rallycross A Go?

Is Fernando set to try out yet another different form of motorsport? Of course, you can only tell so much from tweets and it could all just be some banter, but with the way Alonso has expanded his motorsport horizons in recent years, you never know.

It all started when he took a dig at how so many drivers were corner cutting on the first lap of the French GP:

That of course prompted a response from World Rallycross:

You’re welcome to come and practice anytime Fernando, you can ask @jensonbutton for some tips! 😉😂

Jenson Button has some strong ties to rallycross – his father John was prolific in the sport throughout the 1970s, and Jenson himself tested a rallycross car after retiring from F1.

But Fernando was more interested in the skills of another former F1 driver and colleague at Toyota – Alex Wurz.

Wurz’s father was a European Rallycross champion, and Alex himself recently made his debut in the championship. He also threw down the gauntlet to Fernando and Jenson:

All aboard the Alonso-to-World RX hype train, please! He really is the master of gifs, isn’t he?

Teams have even started offering cars to Fernando in order to try and make this happen.

Sure we could get our friends at @prodrive to prepare a third card if you ever fancied it, Fernando! pic.twitter.com/09GBnaoGwJ

Calm down boys and girls! We have it all figured out. @alo_oficial – just DM us, when you feel ready. 🙌 pic.twitter.com/H2O4rpG4yw

There would probably be a million different contract clashes with McLaren and Toyota, even for a one-off event – although, the GC Kompetition team already use Renaults…

But come on – this needs to happen. Alonso has more than proved his worth in a variety of cars and on a variety of tracks, but on dirt? Against the likes of Sebastien Loeb, Petter Solberg and Johann Kristoffersson?

Yeah, we’re going to need to see this. 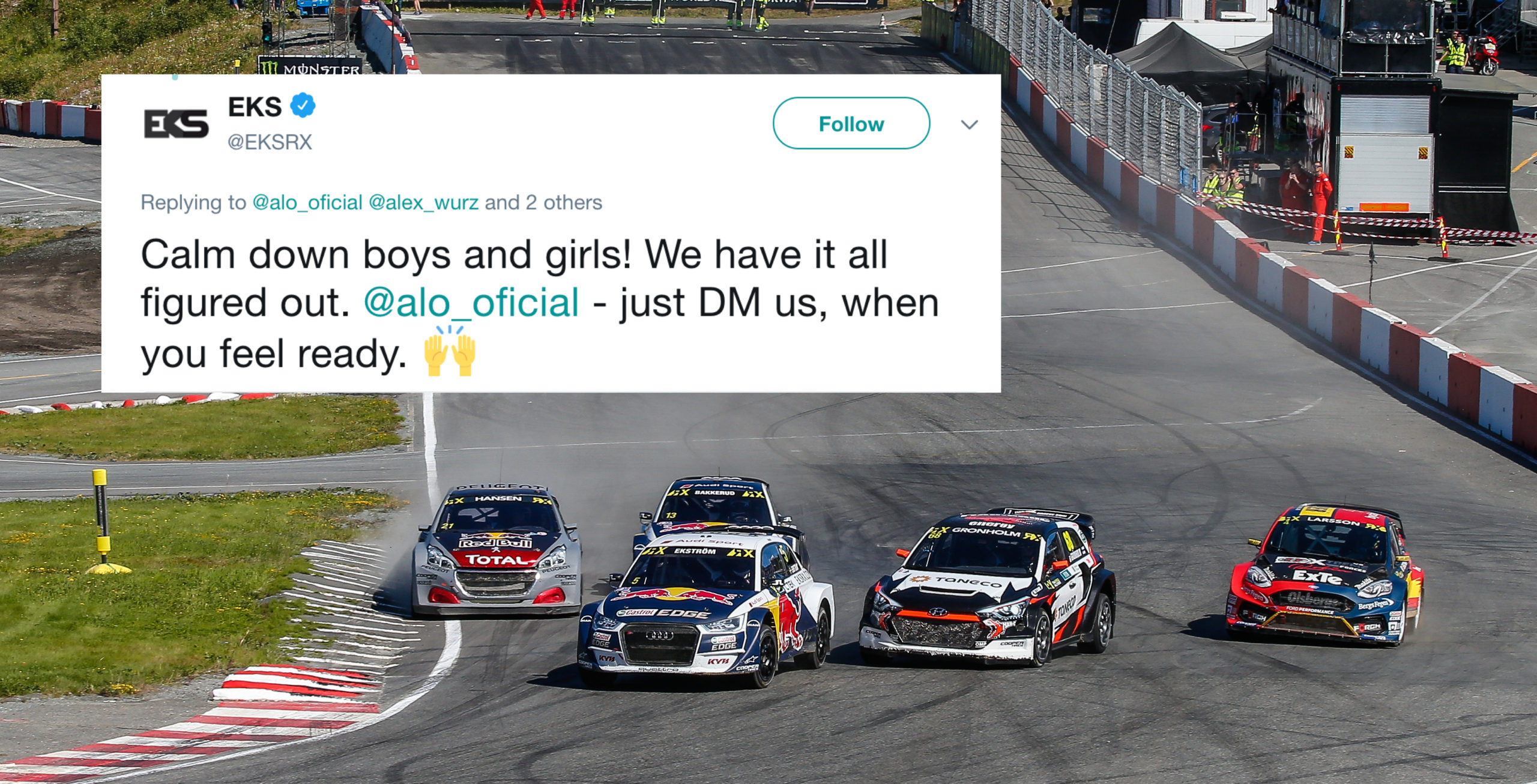