Is Drive To Survive The Best Or Worst Thing To Happen To F1?

It seems strange to picture a time in our lives without Drive To Survive. The third season of the hit Netflix show is to be released next week, and the whole of the F1 fan base is holding its breath in anticipation. However, the introduction of the show and the cult following that has come with it has caused many to think of the show like marmite: you either love it or you hate it.

In this WTF1 column, our editor Katy Fairman talks about this love-hate relationship and what the introduction of the show has meant for F1.

Okay, so I should probably be clear with you all from the start. I enjoy watching Drive To Survive. Like many fans, I was sceptical about it when Netflix announced they were producing this ten episode documentary, filled with “unparalleled and exclusive access” in the paddock and would essentially show us a side of F1 we had never seen before.

Growing up being an F1 fan, I had sat through hours and hours of documentaries, watching every available piece of content available to me, reading books, immersing myself in magazines, podcasts and videos.

I didn’t see how a Netflix crew could just rock up at a circuit and show me a side to the sport that I didn’t already know about. Plus, there was the fact that the documentary was covering a season that was unfolding in front of our eyes… but we had to wait four months to watch something that we already knew the results to. Talk about a *spoiler alert*.

However, I was from a generation in which F1 was ruled by a short, opinionated and old-fashioned man who once compared women to ‘household appliances’. To give him credit, Bernie Ecclestone wasn’t a total pantomime villain. He did a good job building F1 to the success it is today, but was eventually booted out of the sport when Liberty Media completed their $8bn takeover in 2017.

One thing is for sure, with Bernie still in charge, Drive To Survive would almost certainly never have happened.

So, on to the actual show itself. It hit our television screens in 2019, and was received really well by long-term fans and those who were fairly new to the sport. The thing that immediately stood out to me was that it wasn’t intimidating to new viewers with no knowledge of motorsport, but also not condescending for those that had been watching F1 for 30 years. It found just the right balance, something that I imagine is not easy to do.

Over each season we follow a collection of drivers and their year in the championship. Naturally, those with big personalities like Daniel Ricciardo were selected to front the show with well-known names like Lewis Hamilton and Sebastian Vettel generally absent in the first few seasons.

It’s great to see what these drivers get up to away from the race track, spending time in their family homes or in the tense negotiation stages of signing a new contract. After all, most of us are quite nosy creatures.

Especially for personalities like Ricciardo, being a part of Drive To Survive only helped improve his reputation – he was an entertaining goofball off-track but when it mattered he could become a serious and fierce competitor. Viewers warmed to him and as a result he is often hailed as the ‘star of the show’ in the earlier seasons.

However, with the Drive To Survive being so personality led, Netflix explored relationships and rivalries that seemed to be quite out of place for us F1 fans that watched the season unfold just months prior. In the second season, in the episode ‘dogfight’, Ricciardo and Carlos Sainz are seen as being in this bitter rivalry. Ricciardo obviously moved to Renault, Carlos’ old stomping ground, but Carlos moved onto better things at McLaren.

To most fans, there seemed to be no bad blood between the two racing drivers, but Netflix were able to twist the story line and create a heated tension between the duo on screen. The same can be said across the show, but I can see why it’s done.

F1 is more than just cars on track. There is so much tension and pressure boiling away, stories that deserve to be told and secrets that are kept behind closed doors. By being a show that is so personality-based, and with a paddock of drivers who have a mentality that they’re the best among their peers and everyone wanting to win, it’s naturally going to make for some spicy television.

One viewer even compared the drama in Drive To Survive to that of a Real Housewives episode. It’s true.

There are incredible scenes that have come from this show; from Guenther Steiner using every curse word under the sun, to Cyril Abiteboul and Christian Horner and their very public fallout, to Kevin Magnussen full-on smashing a door in anger. Netflix perfectly documents the highly-charged competition that runs through the veins of every person in that paddock.

But for everything they get right, there are a few things that are overproduced for the show’s entertainment. Things like adding in the Hollywood sound effects for crashes, the commentary that is so clearly recorded for the purpose of the show and to aid the narration, and the out of place team radio soundbites that are played in certain situations.

There are also the continuity goofs, from a driver’s helmet changing halfway through a ‘final lap’, but these are teeny tiny details that I have probably only picked up from watching it a billion times.

It’s because of these reasons, that some fans find the show too ‘fake’ and dramatised for the purpose to sell more Netflix subscriptions. Although I am not one of these people, I can see reasons behind their thinking.

Why binge a ten-episode series covering a season of F1 that we literally watched race-by-race only months beforehand, just with some extra sound effects thrown in and some of the sport’s personalities talking down a camera lens about how they want to be better than the rest? Like, duh?

Well, it’s actually the first part of that question that has been the reason Drive To Survive has been so popular. It was clear from the start of this project that this documentary series wasn’t necessarily created for those of us that have been watching the sport religiously for years.

Yes, it caters to our needs and gives us access to a side of the sport we don’t often see – if at all – but this isn’t just a show for existing F1 fans. It’s a documentary series that appeals to new viewers with the hope they’ll become invested in the sport and help grow the worldwide fan base.

And it’s done exactly that. I imagine when Liberty Media signed the contract with Netflix to produce a series, there was hope it would generate interest from non-racing fans but not many would have predicted the impact it has had in bringing a new wave of fans to the sport.

“What we’ve discovered is that it has been very appealing to the non race fans, in fact it turned them into race fans,” F1’s managing director Ross Brawn said about Drive To Survive.

“Some of the promoters in [2019] said they’ve definitely measured an increase in the interest of F1 that has come from the Netflix series. While Drive To Survive wasn’t a hugely profitable venture for us, in terms of giving greater coverage for F1, it’s been fantastic.”

From my personal experience, I’ve told friends to watch Drive To Survive if they want to know more about the sport that I work in. 100% of the people I have recommended the show to have binge watched it in just a few days, and are now religiously watching every single Grand Prix on their television or race highlights on YouTube. It works.

Even on the WTF1 platforms, we can see comments from a huge number of individuals that have discovered our content from watching the docu-series.

Putting all the facts on the table, Drive To Survive is generally adored by most that watch it. Whether they’re new to the sport, or been a loyal admirer for decades, the show encapsulates the suspense, drama, arrogance and action that the F1 circus produces weekend after weekend.

It’s more than just fast cars going around in circles; it’s the highs, the lows, the sacrifices and being able to push yourself to the absolute limits. This is then pushed out to a wider audience thanks to Netflix in ten bite-sized episodes each season. It does the job F1 needed it to do, and has made new fans fall in love with the sport and existing fans admire it even more.

What do you think about Drive To Survive? Let us know in the comments below. 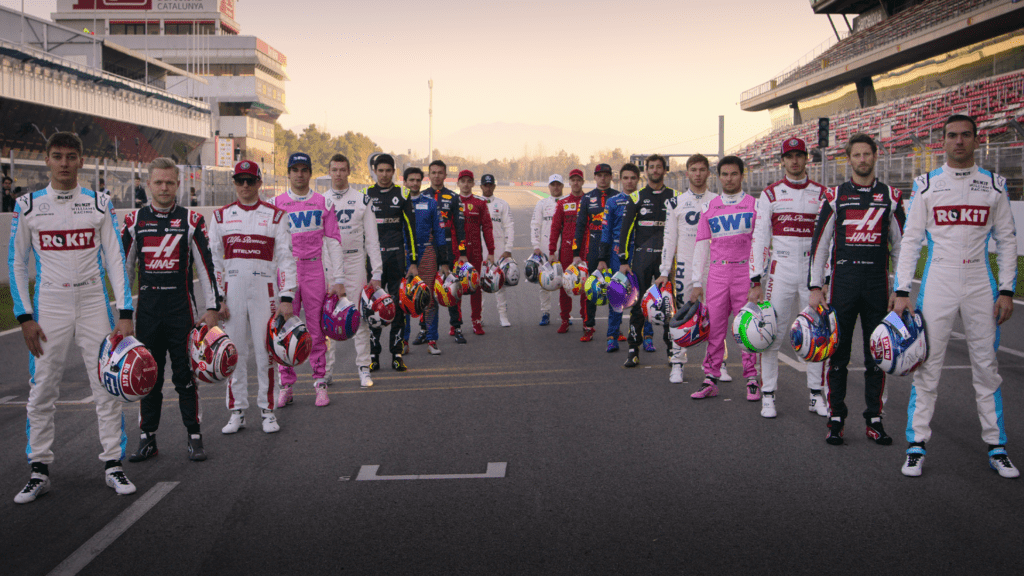