Is This How The Aston Martin Livery Was Meant To Look? – WTF1
Skip to content
×
Formula 1 , Livery Designs
9 comments

Is This How The Aston Martin Livery Was Meant To Look?

Aston Martin just launched their first F1 car in 60 years with a striking new livery. The Aston version of British Racing Green was expected, with the colour a homage to Aston Martin’s original racing colour of the DBR4 which raced in Formula One in 1959. Then of course there’s the pink for former title sponsor BWT, which we all know demand a good bit of pink branding with all the money they bring.

But, what happened to the lime green?

When the team announced new title sponsor Cognizant, the updated team logo gave us a good idea of what to expect from the livery; Aston Martin racing green and a subtle hint of AMR lime.

It wasn’t just the logo either. The website was branded this way in addition to all the team’s social media graphics. Even the recent merchandise released featured the lime green accents.

Green looks good on everyone. 💚

However, former title sponsor BWT were nowhere to be seen. They weren’t listed as a sponsor on the team’s website and rumours were circulating that the *breathes in* ‘Austrian manufacturing company of water treatment systems’ was looking for a partnership with Williams or Haas to bring pink back to the F1 grid.

Neither happened and over a week ago, Aston Martin announced that BWT would remain as a sponsor (albeit not a title one) with the team.

We're delighted to have @BWTUKLtd with us as we start this new chapter. 🤝 #IAMF1https://t.co/pWECc4ir2A

Now, there’s no doubt in my mind that last week Aston Martin would have had a finalised design for the livery and overalls.

I am 100% convinced that the car featured lime green accents like the top image below, but with a last minute BWT deal the team were required to switch out the lime green with pink to meet their demands.

Below is a quick photoshop job where the pink has been replaced with AMR lime green, which I believe was the original livery before BWT returned.

Now, if you’re still not convinced by my theory, just take a look at the teaser videos Aston Martin shared. You can see on the overalls that the bright AMR green is visible but on launch day, these patches have been colour swapped to pink.

So, there you have it. There’s my theory as to what the original AMR21 livery was meant to look like.

Do you prefer the ‘original’ or do you like the addition of the BWT pink?

Let me know in the comments! 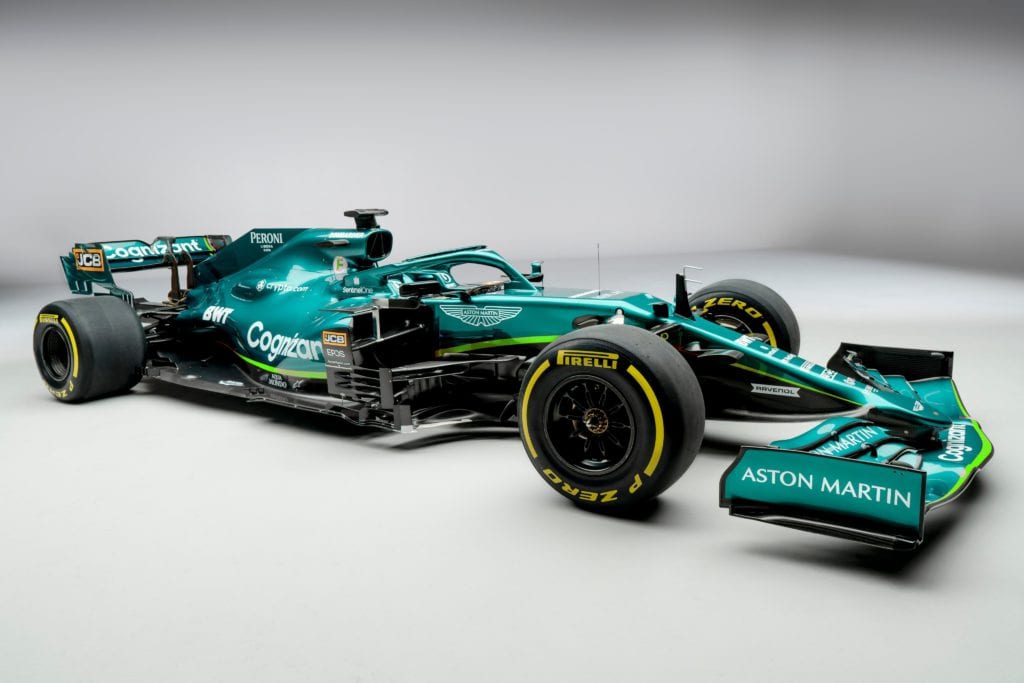