It Appears Latifi Took A Wrong Turn And Met With A Dead End During Suzuka FP2 – WTF1
Skip to content
×
Formula 1 , WTF

Nicholas Latifi certainly hasn’t had the best time of late. First, Williams told him they didn’t want him for 2023, then he had a shocker in Singapore by taking himself and Zhou Guanyu out of the race. Well, it’s only Friday in Japan, and he’s already been the subject of a viral video clip from practice.

In the video, shared by F1, Latifi is out on a wet Suzuka track and takes a right turn only to find himself facing a dead end.

Latifi turns in before he reaches the chicane and is forced to turn back#JapaneseGP #F1 pic.twitter.com/zhpvge1V4X

“Not sure what happened there. The car… real strange. Anyways, I’m OK,” he told Williams on the radio after the weird moment. Although he blames the car, fans online have been quick to suggest he actually just made a wrong turn which could well be the case.

Look, we’ve all been there. Accidentally turned into a road too early, but when it’s your job to know a circuit layout by heart (even though it’s your first visit to Suzuka), it’s rather embarrassing.

Just seen Latifi taking the wrong track layout 😳 How did he ever manage Paul Ricard?

Good lord, how embarrassing for an F1 driver to drive onto the wrong track layout, as Nicholas Latifi just did. I'm not sure i've ever seen that happen before..? #JapaneseGP

This man is an icon and will be missed pic.twitter.com/sjmZIPRDX4

It reminds us of the time when Kimi Raikkonen went down the wrong escape road at Interlagos in 2012 and had to turn back, although he claimed at the time he knew exactly where he was going…

Who is going to provide us with moments like this if Latifi isn’t in F1 next year? 😔 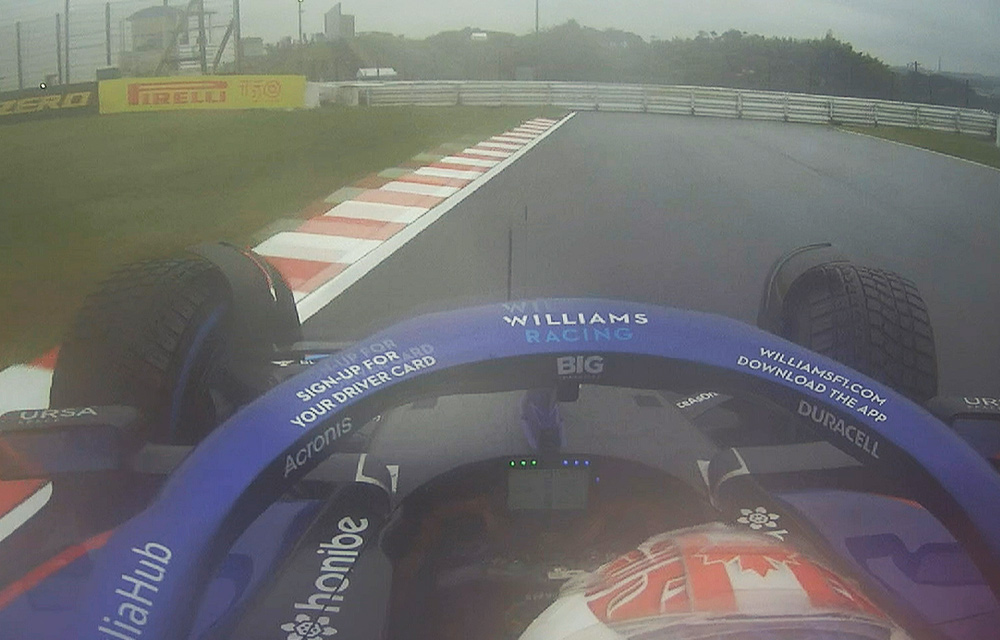