It Looks Like The HulkenBack Memes Could Return For 2021

2020’s F1 super sub Nico Hulkenberg could be in line to join the Mercedes reserve lineup according to Mercedes team boss Toto Wolff. Okay, you’ve got our attention.

In the first Team Principals’ Press Conference of the season, held in Bahrain, Toto Wolff made a few unsubtle comments about a role for the Hulk with the current world champions.

“There is a situation that our two reserve drivers, Stoffel and Nyck, are racing in Formula E and there are certain races where there is an overlap,” said Toto.

Nothing is confirmed, as Toto says, but it would be a sensible move to make sure there is always someone around.

There are also few better reserve drivers than Nico Hulkenberg. Let me tell you, qualifying in third for the second Silverstone race was no fluke.

Teams were caught out by the need for reserve drivers in 2020, with Stoffel Vandoorne being in Berlin for the Formula E super finale when Sergio Perez was forced to sit out in Silverstone. Hulkenberg to the rescue!

Furthermore, when Lewis Hamilton tested positive for COVID-19 in Bahrain after the first race, Vandoorne was once again away for Formula E. This time for pre-season testing.

Still, when Vandoorne got to Bahrain, the seat went to George Russell anyway. The point still stands that Mercedes were not as cautious as they could be.

Again, if anything happened to Lewis or Valtteri, the seat would probably go to George but the role would be necessary if something happens in the eleventh hour.

Plus, it would be a nice bit of cash for Nico, which would mean more presents for his adorable dog Zeus; that’s definitely reason enough.

Are you surprised Hulkenberg still hasn’t signed a contract with a team yet? 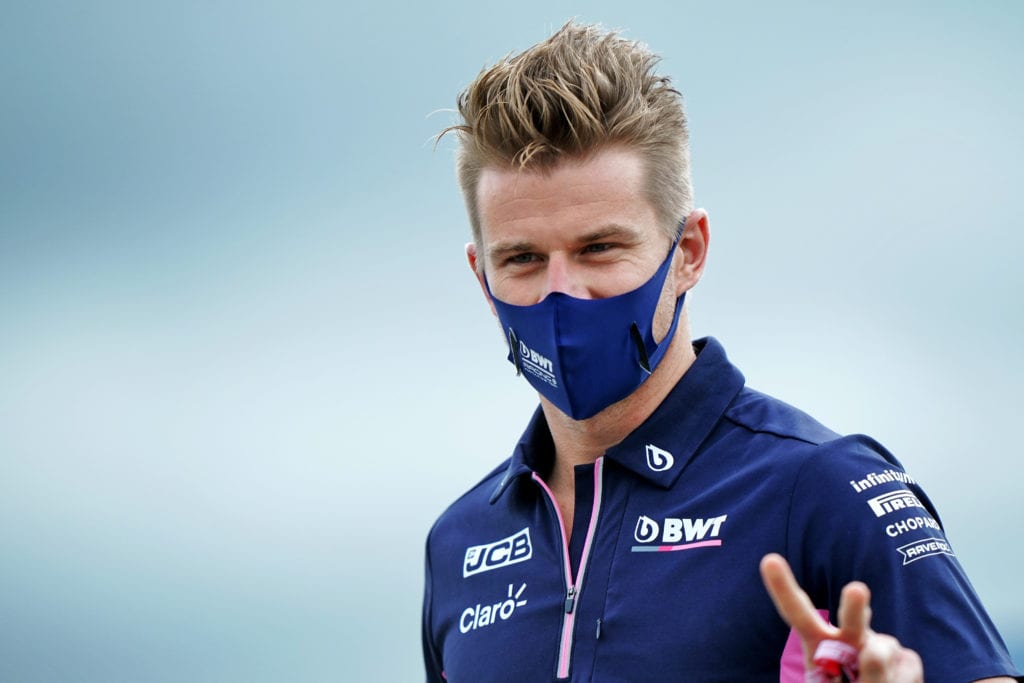