It Seems Seb Handed Out A Mysterious Envelope At His Leaving Dinner And We’re Intrigued – WTF1
Skip to content
×
Formula 1 , Fun , Wholesome
1 comment

So, as we all know, this is Sebastian Vettel’s final F1 race weekend. *Cries in V6 hybrid turbo noises*. To celebrate his illustrious career, the drivers all went out for a fancy meal yesterday. That was already pretty heart-warming. And our Twitter snooping suggests Seb may have given all of the drivers an envelope to take away with them.

What could be inside? Let the investigation begin.

As you might expect, there are several theories swirling around the Twitterverse. Some have suggested it’s a letter from Seb to the other drivers.

Did Seb write them all a letter?

It’s looks like an envelope a bit and almost all of them have it. pic.twitter.com/j4U6t8U2ub

And, no, it’s NOT a menu for the restaurant they were in. Doesn’t that look like a ‘V5’ logo Seb races with??

It’s definitely from Seb. That’s his logo on it 😭😭😭😭😭😭 pic.twitter.com/gX2htjF1SZ

OK, so we’ve established that it probably is something Seb’s handed out. However, as adorbs as it would be if Seb had written letters for the other drivers, there’s something else on the cover that’s giving us pause for thought. Is that the Earth? Hmm…

Seb is a keen environmental campaigner. So, could it be something to do with this? What about his mysterious ‘There Is Still A Race To Win’ project? What about bee hotel tips from his internship in 2020? So many possibilities, so few answers.

Thanks @LewisHamilton to initiate, and thanks all GPDA members to turn up to show respect to one of the greatest, to one of our directors, and ultimately to our sport (which Sebastian Vettel loves so much). too bad it was a great evening as well ! #GPDA pic.twitter.com/E1oLSCTSxH

To cap this wholesome tale off, it appears that a certain Lewis Hamilton organised the whole thing. You LOVE to see it.

What do you think was in Seb’s envelopes? 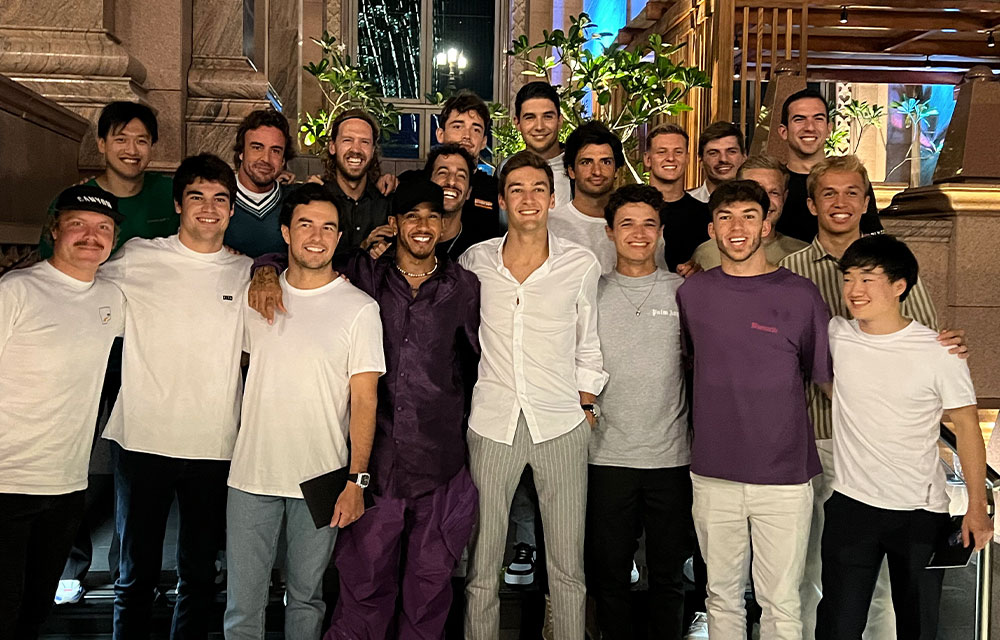 Vettel Has A Wholesome Request For His Fans When He Retires