It Took 10 Seconds For A Multi-Car Crash To Happen In This IndyCar Race - WTF1
Skip to content
×
Crash , Indycar

Oval races in the IndyCar series are pretty long, so crashing out at the first corner is a little awkward.

That’s what happened at the first oval round of 2017 at Phoenix, with Mikhail Aleshin losing control of his car just 10 seconds after the start.

He was running low on the inside line when he spun up the track, being collected by several drivers – including Sebastien Bourdais.

A few other rivals spun out and got caught up in the incident, with Marco Andretti and Max Chilton among those involved.

It caused a long caution period while the damaged cars were cleared, with Penske’s Simon Pagenaud ending up winning the race – his first oval victory. 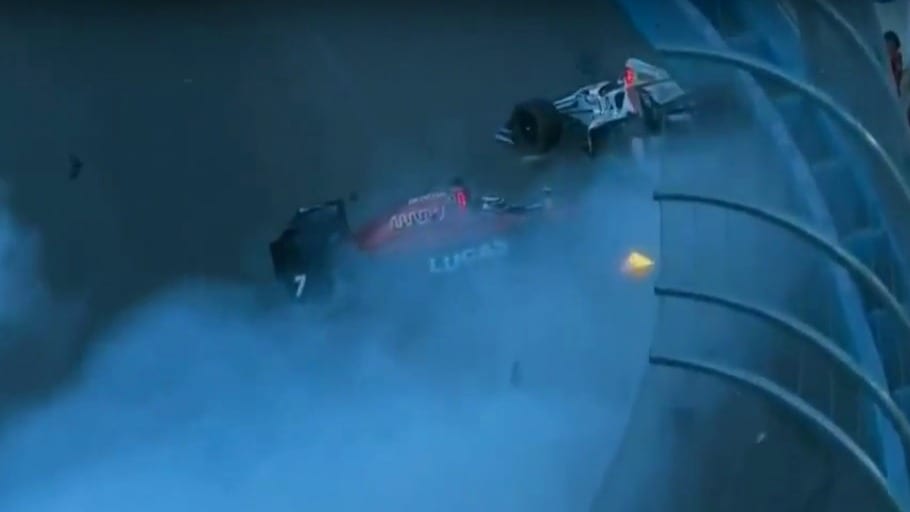