It Took Three Seconds For Two Cars To Crash In This Year’s BTCC – WTF1
Skip to content
×
Crash , Touring Cars

We’re used to funny and unusual clashes in the BTCC but it’s very rare for a crash to take place within just a few seconds of the start.

Still, it was peak BTCC. Colin Turkington and Matt Neal went for the same gap as they tried to negotiate a slow Gordon Shedden as they got away from the line and made contact.

Turkington and Neal’s opening race of the 2017 season lasted all of three seconds as they spun onto the grass with damage. Thankfully all the cars behind managed to avoid them.

Naturally, with two cars off track on the start/finish straight, the safety car was deployed just a few moments later. Tom Ingram managed to avoid the early chaos to win race one. 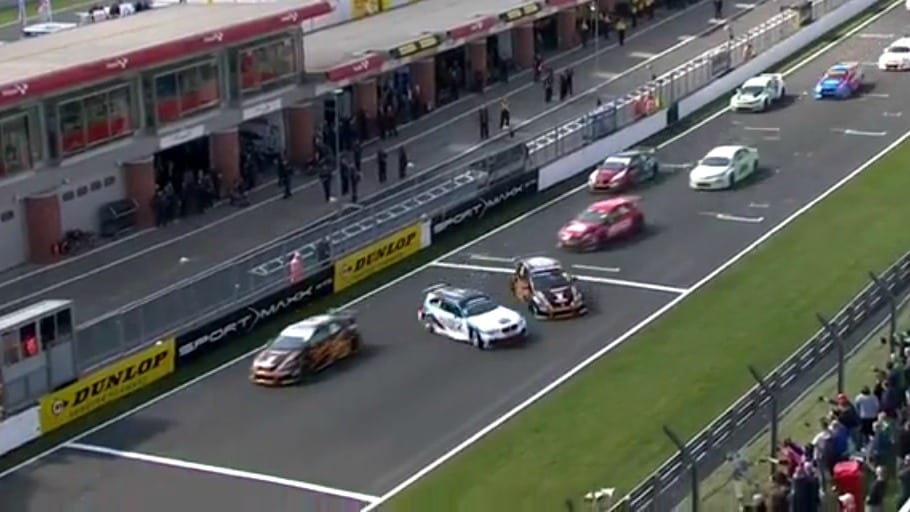