It Was A Successful First Weekend For The WTF1 Car In Indy Pro 2000 – WTF1
Skip to content
×
Juniors , News

In case you missed it, this season WTF1 is featuring on the No.17 Andretti Steinbrenner Autosport car of DeFrancesco in the Indy Pro 2000 championship this year.

In a tricky damp qualifying session, he ended up taking pole position after Danial Frost was excluded for a technical infringement.

In the race, DeFrancesco led the entire way but ultimately ended up second in a thrilling last-lap battle with Frost – following a drag race to the line, the gap between them was just half a tenth of a second.

In the second race, DeFrancesco moved up from ninth on the grid to fourth at the finish, meaning he sits a strong second in the championship after the opening round. He said of his weekend:

“I’m for sure happy with how the weekend went, it’s always nice to get on the podium and we’re making the car better each time we get on track.

“We delivered a really good lap in qualifying, but race one was tough. I’m happy with the result and the consistency, but it really hurt to get that close.

“But, we went out in race two and the car was even better, we have more work to do before the next couple rounds for sure, but I think we’re making progress. I’m really happy with the work everyone at Andretti Steinbrenner Autosport has put in.

“We know what we need to do on the car and it helps that we already have some laps under our belts at Mid-Ohio so I think it’ll really be game on.”

That next round will kick off on 29 July with three races at the undulating Mid-Ohio circuit. 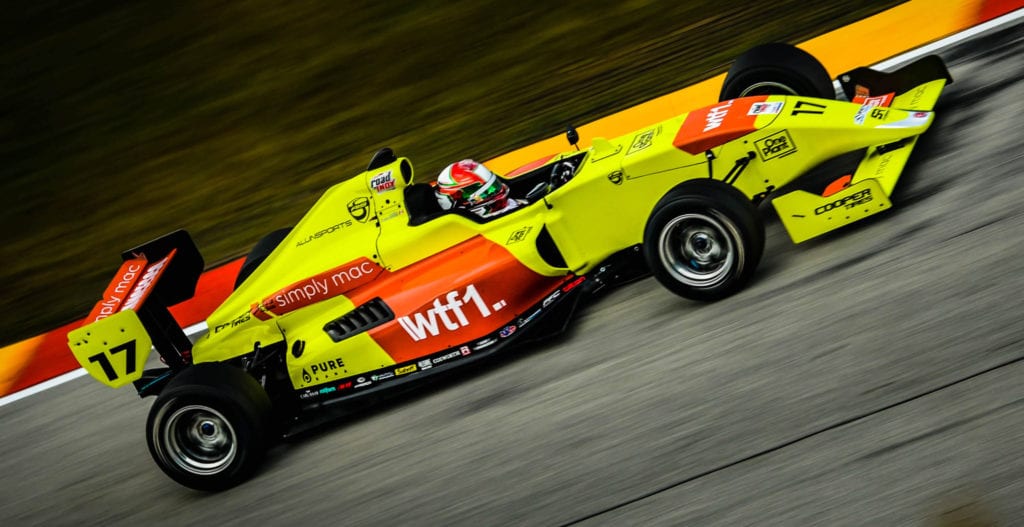