It’s A Snow Day In F1 As Testing Is Delayed By Weather – WTF1
Skip to content
×
Formula 1 , Fun

OK so we know it’s called Winter Testing but this just take things a little too far. Yesterday’s test at the Circuit de Barcelona-Catalunya was done in temperatures of 0°C but today things got even worse as snow fell at the circuit, delaying the morning session.

As always though, interesting weather makes for some great social media posts!

Not sure if Finland or Spain.

Hmmmmm. I guess thanks for making me feel at home Barcelona 😂❄️ #ME9 #WinterTesting #SwedishRally? pic.twitter.com/GcBYiSm5GV

You’ve heard of the #Iceman, but what about the #Snowman… ☃️#DrivenByEachOther @F1 #SnowDay pic.twitter.com/hXt3txl0bq

‘There’s currently snow on the track in Barcelona.’

We wait to see when testing actually gets underway but it doesn’t look like it’s going to be any time soon and with the weather predicted as is, it may not be the only time F1 testing gets disrupted. 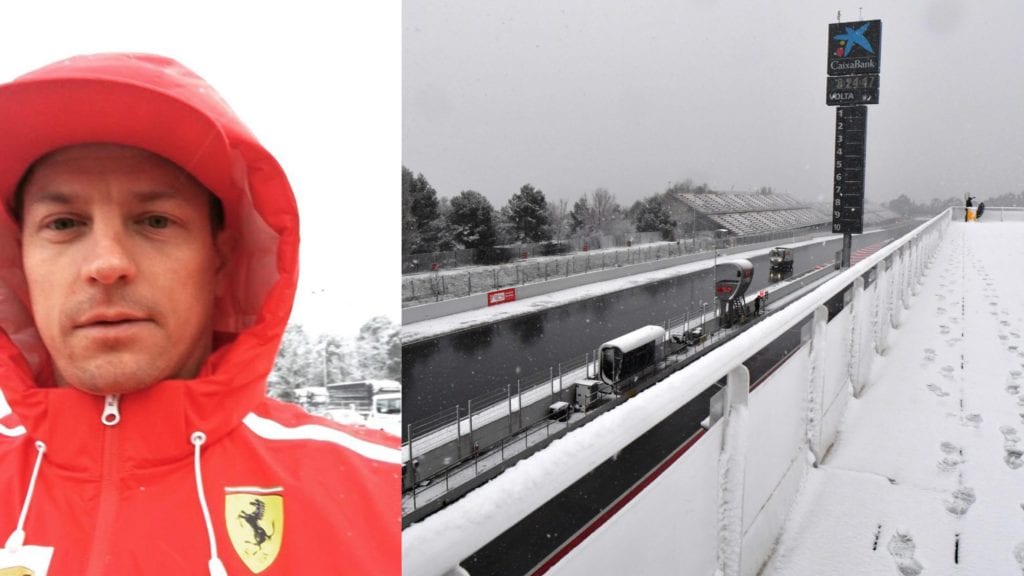