It’s Been 10 Years Since Raikkonen Won The World Championship

With two races to go in the 2007 season it looked like Lewis Hamilton was well on his way winning the title in his rookie season. He had a 12 point gap over McLaren teammate Fernando Alonso and was 17 points ahead of Kimi Raikkonen. With only 10 points up available for a win back then, something pretty crazy would have to happen for him not to win it.

But 2007 was a pretty crazy season, and something did happen. In China, Kimi won whilst Hamilton went off on worn tyres, found the only bit of gravel anywhere on the Shanghai circuit (in the entrance to the pit lane) and was out.

Kimi still had seven points to make up in the last race in Brazil however, and something strange wasn’t going to happen to Lewis again, right?

Wrong. Hamilton made a bad start and then went off trying to pass Alonso on the first lap. That would have been no biggie, but a few laps later a glitch with his car cost him a ton of time, and he dropped way down the order.

Felipe Massa led much of the race from Raikkonen, but the order switched around at the final set of stops whilst a seemingly disinterested Alonso trundled round in a very distant third.

Hamilton had recovered from his earlier issues, but not by enough. Unlike a year later there was no Timo Glock to pass on the final corner and he could only finish seventh, all of which meant that Kimi had somehow managed to pinch the championship from right under the noses of the McLaren drivers.

10 years later and a Ferrari driver is once again way behind Lewis Hamilton in the championship with only a few races to go. Can Sebastian Vettel mount a Kimi-style comeback? What happened in 2007 shows it certainly can be done! 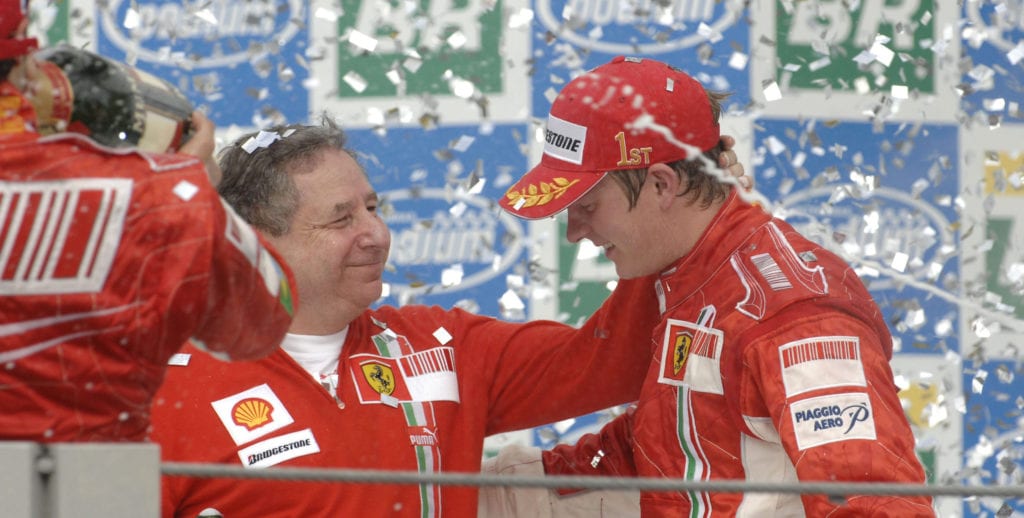