The 1992 British Touring Car Championship was an incredibly close run thing, and come the final race of the season at Silverstone three drivers were in with a chance of taking the title: Will Hoy, Tim Harvey, and John Cleland.

Although the three of them were in close company for much of the race, it looked as though Cleland was the one on course to be crowned champion. However, there was another driver who ended up (literally) having a big impact: Steve Soper.

Soper was keen to help teammate Harvey out in the championship, but it looked like that was all over when he was spun out at the first corner of the race. Soper was (and still is) a touring car legend though, and he put in an incredible drive to fight back up through the pack until, unexpectedly, he was right with the title contenders.

On the penultimate lap, Soper put some manners on Cleland at Club (prompting one of Murray Walker’s greatest commentary moments) and from there, in the space of just a few corners, everything turned on its head.

With Cleland out, Harvey cruised on to finish fourth and win the title by three points from Hoy. Up ahead, Andy Rouse saw off Cleland’s teammate Jeff Allam to take his 60th and final BTCC win.

Unsurprisingly Cleland had some strong words about Soper’s driving after the race – his “is this stock car racing or is this motorsport?!” comment clearly inspiring Sebastian Vettel’s ping-pong message in the 2016 Spanish Grand Prix.

The fans absolutely loved it all though. The move was exactly the kind of door-banging, two-wheeling action the BTCC would become famous for as the series entered its golden era. The awesome Murray Walker commentary certainly helped, too. 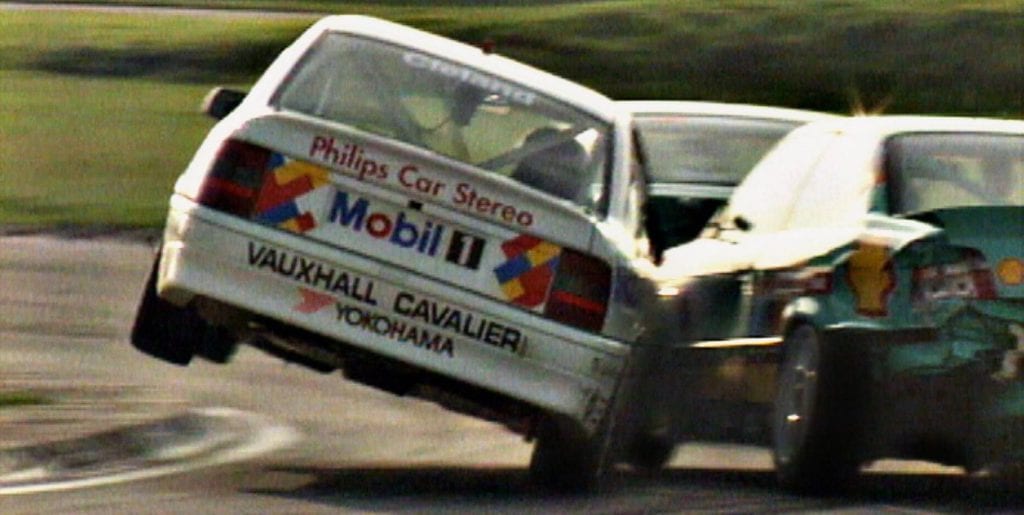