The Porsche 917 was a hugely significant car for Porsche: it gave the company its first two Le Mans wins in 1970 and 1971 and eased to the World Sportscar Championship those same years. The rules were then changed, effectively banning the 917, so Porsche took it Can-Am racing instead, where 1000bhp-plus variants dominated there, too. In fact, the car was so competitive that when a rule change made it eligible again in 1981, a privately-entered 917 was still a front-runner, some 12 years after its debut.

The funny thing is that when the car debuted in 1969, it was a bit of a mess. It was initially designed with moveable wing flaps, which the FIA soon banned after a spate of incidents in Formula 1. This completely screwed up the aerodynamics of the 917 and made the car an unstable nightmare with a tendency for the front end to lift up at high speed.

Even so, the potential was clear – it led most of that year’s 24 Hours of Le Mans before breaking down, and development of the car was good enough to allow it to win the 1000km of Zeltweg at the Osterreichring at the end of the season. The rest, as they say, is history.

50 years of history, to be exact. Porsche is celebrating the half-century of the 917 with a special display at its museum in Stuttgart, featuring the very first car – 917-001 – restored to its former glory.

The restoration process was a particular challenge for Porsche as the car had been modified considerably over the years during its role as a test and display car. The whole process took more than a year and was done in the typical diligent Porsche fashion, using as many original materials, parts, and drawings as possible.

It’s one of 10 different 917s that’ll be on display during the special museum exhibition lasting from 14 May to 15 September.

Also on display will be a never-before-seen concept car. Designed before Porsche re-entered LMP1 in 2014, the 917 concept study is a modern take on the original, clad in the iconic red and white Porsche Salzburg livery worn by the 917 which won Le Mans in 1970.

Porsche also says that the exhibit will feature a load of 917-themed merchandise for sale. That wouldn’t normally be interesting, but one of the items is apparently a cooking apron decked out in the famous ‘Pink Pig livery – perfect for those of us who need to bring a little more motorsport into the kitchen. 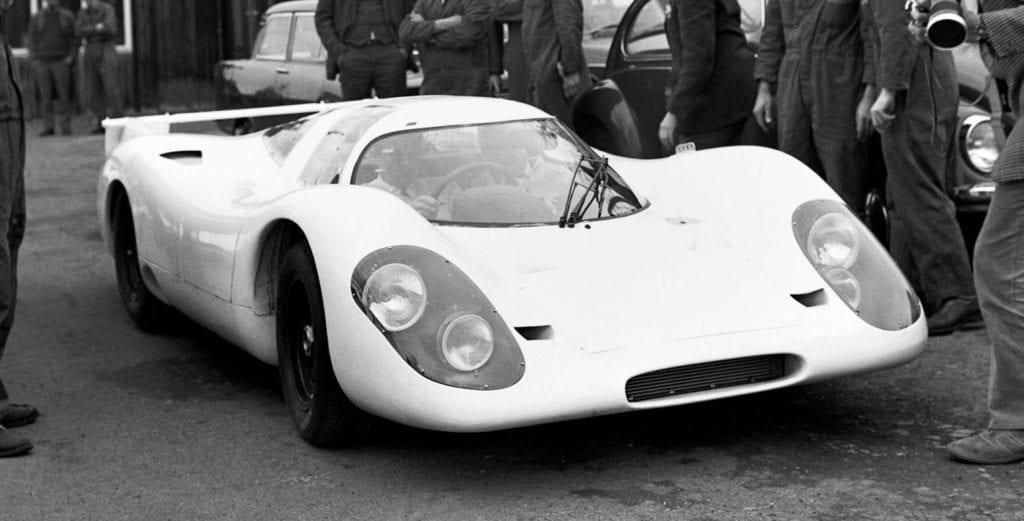