What’s the worst thing about the F1 off-season? Is it the lack of racing? The boredom? The fact that we don’t have excuses to not go out at the weekend anymore?

Or maybe it’s that it has become too easy to simply forget what day of the week it is. Thankfully, that’s no longer an issue. We know that today is a Monday because F1 social media has lit up to a chorus of the traditional Monday morning declaration: it’s race week.

Don’t believe us? Here’s the proof:

For the first time this year…

Yessss, it’s finally #RACEweek!! 🏁@F1 is back and so are our gorgeous posters, with a brand new 2019 style of course. How about that! 💥
Love it, share it, save it! 💛#RSspirit #AusGP pic.twitter.com/DCjhXQZhwV

Heading towards the #AusGP 🇦🇺 Nothing like the first race week of a new season! 🤙 #givesyouwings pic.twitter.com/x0kgSMH2Tm

Not long to go until lights out in Melbourne. Who's excited? #AusGP pic.twitter.com/ghPEAwsnJJ

The moment we've all been waiting for is finally here…
It's race week!

Reply with a GIF on how you're feeling about the first race weekend. #Charles16 #SF90 #essereFerrari #AusGP pic.twitter.com/LyfELebJkF

Ready to get the season started 🇦🇺

Phew, good job for all of those, otherwise we might have forgotten! In case you missed it, that message again: it’s race week.

And we’re starting to get excited. 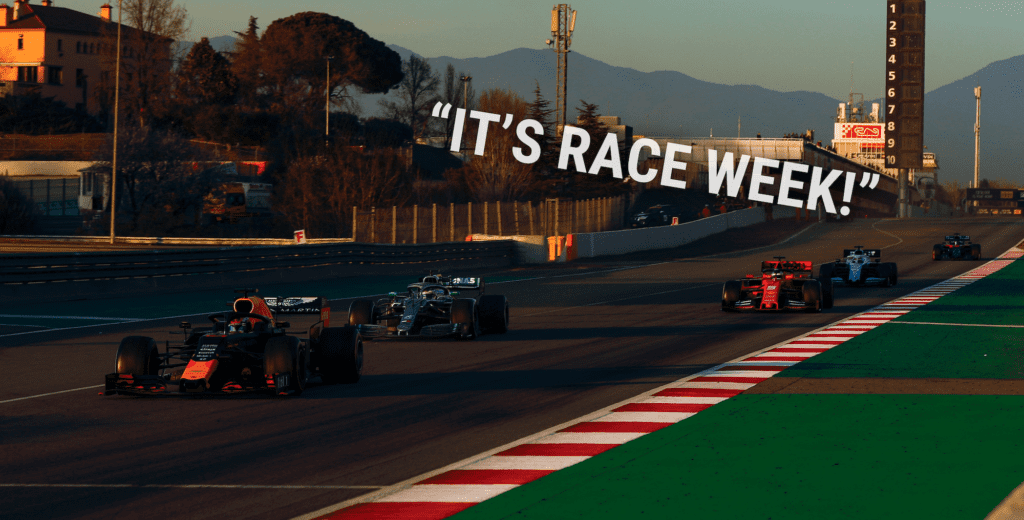