It’s Yet Another Pole For Hamilton As He Dominates Qualifying For The US GP – WTF1
Skip to content
×
Formula 1 , News

Given the fact Lewis Hamilton is awesome at COTA and has taken more poles than anyone in history, it’s completely unsurprising that he took pole for the US GP, in doing so beating Michael Schumacher’s record of the most front row starts with 117 (assuming he starts the race tomorrow, anyway!)

The Brit has topped every single session so far this weekend and cruised to his 11th pole of the season with a lap time of 1:33.108 – the fastest ever at COTA. Sebastian Vettel managed to join his (former?) title rival on the front row with a solid lap late in Q3, demoting Valtteri Bottas to third.

Max Verstappen was outqualified by Daniel Ricciardo for the second race in a row, and to make matters worse, everyone’s favourite rule means the Dutchman will drop even further back by tomorrow thanks to a 15-place grid penalty.

Carlos Sainz was an excellent eighth on his debut for Renault, whilst Alonso delivered on the promised pace of McLaren by qualifying ninth. Daniil Kvyat was a solid 12th, ahead of teammate and debutant Brendon Hartley, who was just a fraction away from making it into Q2.

Marcus Ericsson put in a mega performance for Sauber to qualify 16th on a rare weekend where Sauber doesn’t seem to be last. That honour went to Kevin Magnussen, whose only success was adding another driver to his growing list of enemies when he held up Sergio Perez.

Even with Vettel on the front row, you’d imagine it’s going to take something pretty unusual tomorrow to prevent Hamilton from making it six out of seven wins in the US GP (five at COTA, one at Indianapolis).

However, Vettel only needs to finish the race in the top five to take the championship to the next round in Mexico, so chances are we won’t be seeing Hamilton crowned with his fourth title on Sunday. Unless the Ferrari decides to be unreliable again, anyway. 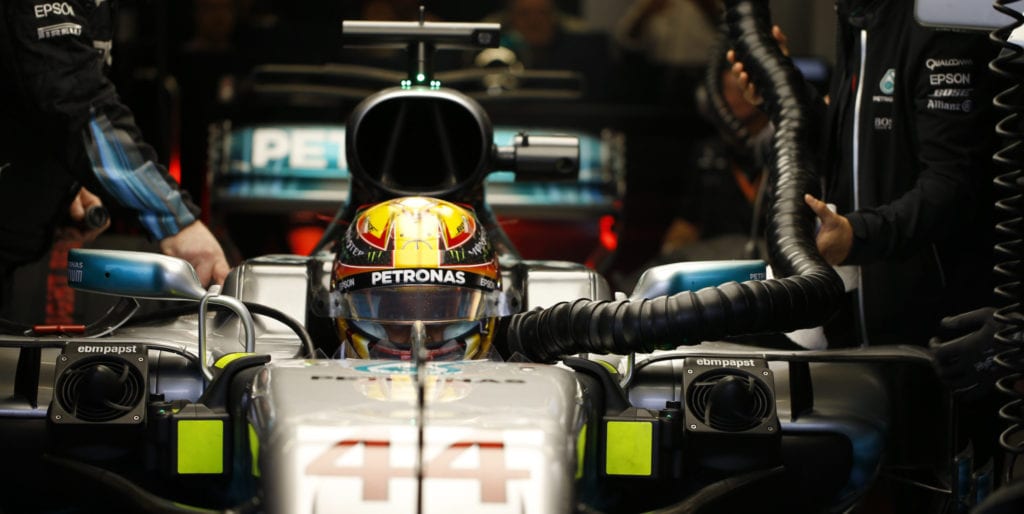