Jack Aitken Blog: Looking At The Positives From Bahrain

I scored a couple of points on my Formula 2 debut, but I came away from the weekend feeling that it could have been so much better, and knowing that we have work to do before the next round in Baku.

We knew our pace was good from testing, both on qualifying performance runs and longer-distance race simulations. The term I used was ‘cautiously optimistic’, because you know there are things that will be different on race weekends that you just can’t replicate in testing. As it happened, quite a few things didn’t fall our way in Bahrain, but none of them were pace: in race one we were really strong, and in the second race we were as strong as the leaders, even with an imperfect balance. But there are other things we need to take away and put down to experience, and get into the details a bit more, especially with our starts.

The free practice session was OK, but it’s never that representative in Bahrain. It’s run at a completely different time of day to the qualifying or race sessions, and the track was very dirty because we were the first cars out for the weekend. We tried a few things that didn’t work out, but we weren’t that bothered as Qualifying was going to be under very different conditions.

Qualifying took place on Friday evening. My first run was all right but not amazing. The balance was still coming towards us a little bit, and I wasn’t fully up to speed in the colder conditions. But still, it was a solid run. We went for our second run in the middle of the session knowing that I would get just one lap on the soft tyre.It was a good lap but unfortunately I got blocked right at the final corner, which cost me three tenths, which would have put me quite easily in fifth. That would have been a decent result, but as it was the lap was only good enough for ninth.

My ART GP teammate George Russell and I had done some practice starts, but probably not as many as we should have. As a team, we didn’t sort out our procedure, and so at the start of Race 1 we both sat there spinning our wheels. I only lost a couple of places, but that put me in the midfield pack.

For the first half of that stint it was going pretty well. I was picking people off one by one, and after a nice little lunge on Maximilian Gunther I moved up to eighth. After that I started pulling away from the midfield group and closing up on the leaders, but then I got stuck in third gear for several seconds coming out of Turn 11. That dropped me back to Gunther, and I got shoved around a bit in the fight with him and Artem Markelov, my tyres got dirty and they overheated. I lost momentum and everyone decided they wanted to have a go! You can’t engage in a fight for position with the wrong tyre temperature because the likely outcome is you lose even more places. In my case I was shuffled back to 15th.

I pitted relatively late and I came back to ninth, with strong pace on the option tyres for the rest of the race. But the car was not healthy. I still had a problem with delayed shifts, from first to fourth gear, and my engine temperature was rising putting the car into safety mode, so I was down on power. It wasn’t ideal.

For the second race we did a couple of small changes. However I stalled leaving the pits to go to the grid, I stalled trying to do a practice start, and then I stalled at the race start. George also failed to get off the line. It’s fair to say both drivers and the team think the start procedure needs looking at, and we will also examine the clutch problems I was having with my car. All in all, a big debrief ahead.

Going back to the race, all I could do was hope for a safety car. That never came and so I finished 18th. However, the good thing is that looking at our race graphs from the delayed start, I think only Markelov, who won the race, was quicker than me – and that was by a tiny margin. It confirms that our pace is strong – that’s the least of our worries – but we know we have some things to focus on.

Hopefully this will be sorted for the next round in Baku. The track looks interesting, so we need to do some work to hit the ground running. There’s a lot to do at ART, but we expect to sort it out and to be running at the front. I’m pretty excited. 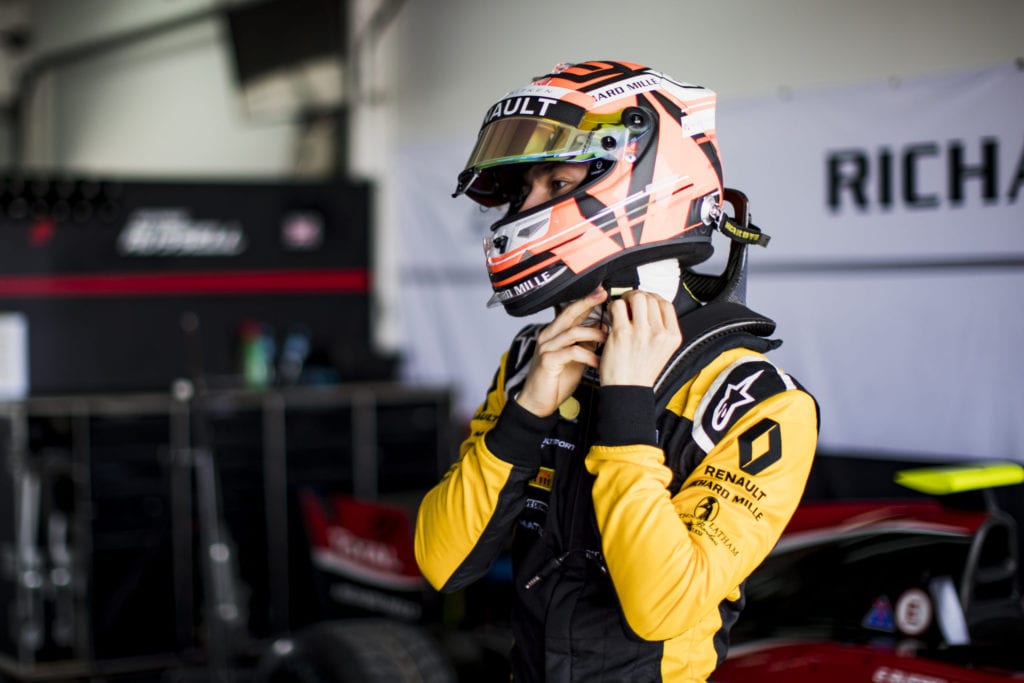