European and American motorsport fans will probably recognise the name Jack Harvey, but for rather different reasons.

The British racing driver has had an unusual journey up the single-seater ladder, enjoying success in Formula BMW before winning the 2012 British Formula 3 championship and taking race victories in GP3.

At the end of 2013 he took the scary trip across the Atlantic to America, switching focus from F1 to IndyCar and joining feeder series Indy Lights. He finished runner-up in the championship for two consecutive seasons. So, yeah, he’s got talent. A lot of it.

There was a chance of racing in IndyCar last year but time ran out. Now, Harvey’s about to embark on a huge opportunity – his first Indianapolis 500.

He’s driving for top team Andretti, in collaboration with Michael Shank Racing, and happens to be racing with one of his childhood heroes as his teammate: Fernando Alonso.

Prior to second practice at the famous Indianapolis Motor Speedway, we caught up with Harvey to learn more about him, his career, Indy 500 debut and slightly famous teammate.

What are the biggest things you miss while over in the US?

Which racing car is the best you’ve ever driven and why?

JH: “I feel bad not saying the IndyCar but the Dallara F312 [British F3] that I drove in the year I won the championship [2012], that thing just felt so planted to the ground like it had so much grip all the time. That was a super cool car.”

JH: “I prefer Indy Lights, just because of the variety of circuits out here. I’m not a big fan of reverse grid races, I feel the points deficit should be a lot more. In Indy Lights, if you are doing a good job you get rewarded for it instead of being penalised.”

Which drivers did you look up to growing up, or still do today?

JH: “Honestly when I was younger, I used to look up to Michael Schumacher and Fernando Alonso when he beat Michael. They were the two people I was trying to emulate, which is pretty bizarre now because Fernando is my teammate in the Indy 500. That’s been a pretty cool experience so far.”

Yeah, we can imagine. What are your thoughts on Alonso being your teammate?

JH: “So random and crazy, and awesome. It’s a situation I never expected myself to be in, especially as he was a childhood hero of mine. He’s been a super nice guy so far and I’m just excited to keep learning from him.”

Have you had a chance to talk to him much?

So, looking back at your career so far, what’s been the best moment?

JH: “I’ve got a couple, really. Winning the Freedom 100 in front of 80,000 people was a big one, winning British Formula 3 was also a big feather in my cap. When I won at Silverstone in GP3, honestly that felt like a huge moment as well. So, a combination of all those things.”

And how about the most embarrassing moment?

JH: “Well, yesterday [Indy 500 practice crash] wasn’t much fun. Coming out of the pitlane and turning left, and the car going straight. That wasn’t cool. In terms of embarrassing, I think I stalled on my first F3 start and that really pissed me off. Other than that, I can’t think of anything that I look back on to this day and go ‘I really wish I hadn’t done that’.

That’s pretty good then. How does it feel to be making your Indy 500 debut later this month?

JH: “When we got the deal signed it was just a sense of excitement, relief, a weight off my shoulders. On the flip side, you feel like because it’s happening there’s more pressure. Because it’s not something you’re dreaming about anymore, it’s actually happening. It’s difficult to really sum up because it is a little bit of everything: Excitement, nerves, hope and anticipation it will go well and could lead to more things in the future. A variety of feelings to be honest, which I’m hoping to experience more often.”

What are your aims and goals for the Indy 500?

JH: “Rookie of the Year and then if we can finish in the top 10 that would be awesome, and just bring the car home in one piece. That’s another important goal this month.” 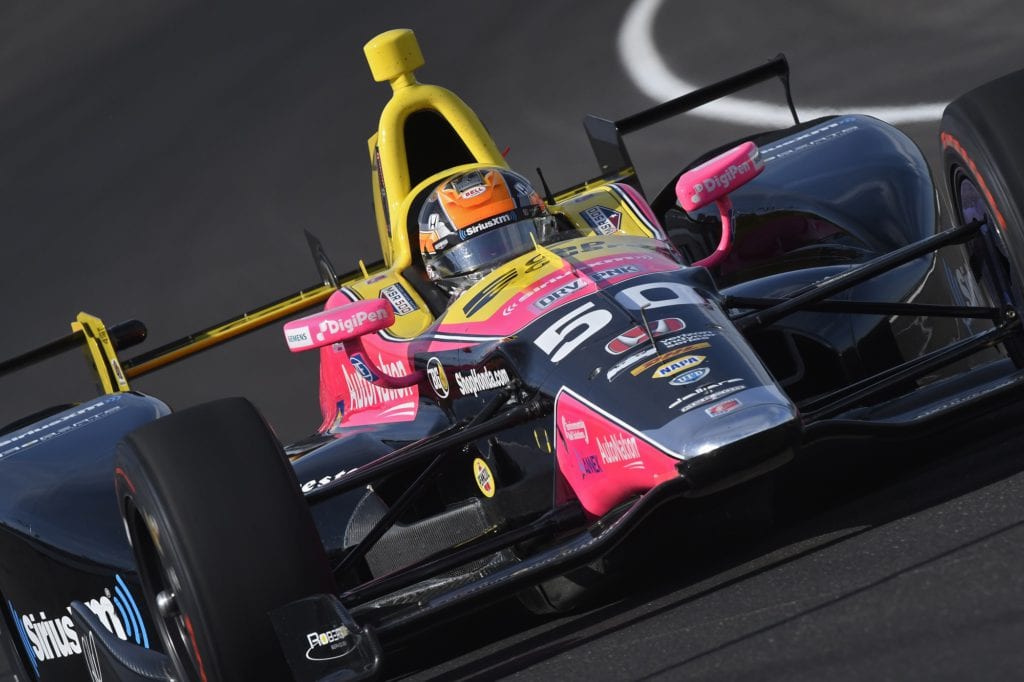