Jack Aitken Will Drive For Williams In FP1 This Weekend

Aitken had plenty of opportunities to sample F1 machinery during his time at Renault but, now that he’s a Williams reserve driver, has yet to try out the FW43. That’ll all change on Friday though as Jack will jump into Russell’s car (his former teammate at ART in GP3 and F2) to complete the FP1 session for the team.

With F1 racing at the Red Bull Ring on back-to-back weekends, it’s the perfect time for teams use FP1 to do something a bit different – after all, they’ve already run an entire weekend at the circuit and so a ‘normal’ practice programme seems a little bit redundant. That’s part of the reason why Williams has elected to give Jack a run in the car in a year where F1 testing opportunities are going to be severely limited for young drivers. Williams’ head of vehicle performance, Dave Robson, explained:

“If the weather allows then this will be a rare opportunity to test some alternative approaches over a full race distance.

“On Friday we will also give Jack Aitken his first experience of the FW43 as he drives George’s car during FP1. Jack has been working hard with the engineers in Grove and we are looking forward to working with him at the track as we continue with our intensive test programme.”

This Friday I will drive the @WilliamsRacing FW43 in Free Practice. An honour to be trusted, and determined to show that it’s well founded. Bring it on. 🔥 #WeAreWilliams #WeAreFighting #WeAreRacing pic.twitter.com/e5EOelt4Qo

Aitken had a difficult start to his F2 season with Campos after an ill-timed red flag in qualifying and a penalty left him down the order in the feature race, but he shot through from 15th to eighth in the sprint race to get some points on the board.

It’ll make for a busy Friday for Jack, combining his practice run with a couple of F2 sessions, but it’s important for him to get track time: should Russell or Nicholas Latifi end up having to miss a race this year for some reason (like, maybe due to a certain pandemic-related virus) then he’s top of the list of substitutes. If that end up being the case, obviously it’s a help if he’s actually driven the car before. 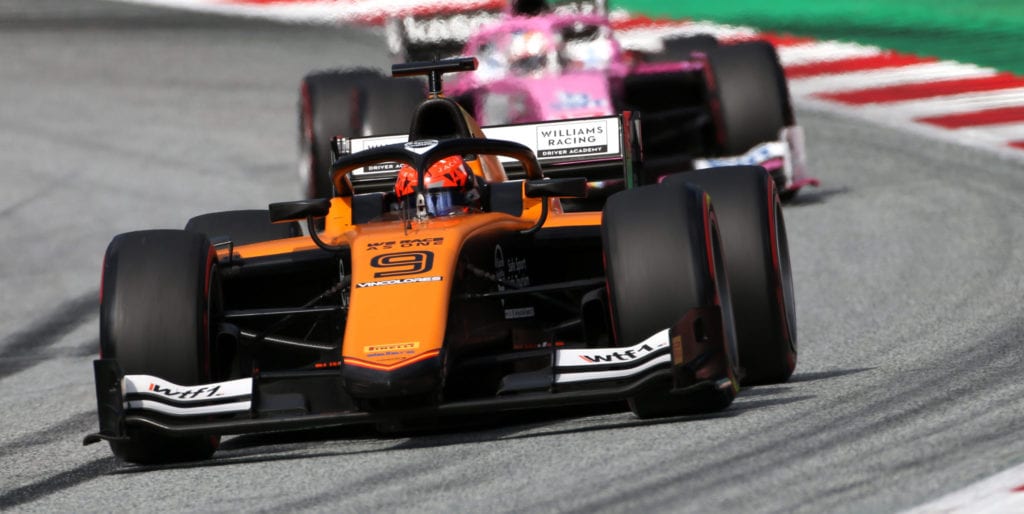