Jacques Villeneuve Reckons Ferrari Should Have Kept Raikkonen For Another Year

Jacques Villeneuve opinions are never to missed as they tend to either be utterly ridiculous or surprisingly well thought out – and in this case, I’d be tempted to go for the latter.

He thinks that Ferrari’s troubles so far this season all come from the decision to hire Charles Leclerc when the team wasn’t ready to deal with having such a fast and determined young driver, telling Motorsport.com:

“If you listen to any fan or go on the forums, even the qualifying accident, Leclerc doesn’t get criticised. If it had been Vettel, he would have been destroyed by the media and everyone, for the same mistake. Ultimately I think that’s having a negative effect for the team. Seb’s spin in Bahrain came because of that, then the team orders in China, it all comes from there. And Leclerc’s accident in qualifying also, wanting to prove that he’s the number one of the team. Ultimately that’s damaging the whole team.

“I hope it re-balances out, because they should have been the one that’s being chased by Mercedes, and instead they’ve got three podiums, and that’s it. It’s not had a good positive effect on the team, that’s all.”

“Leclerc is quick, he personally is ready. It’s Ferrari that’s not ready for this kind of situation. If you take Leclerc’s perspective, it’s great to be there this year, for him it’s amazing, and he’s shown that he’s super quick. But if you take Ferrari as a team, you have to look at Vettel’s past, and you have to remember Ricciardo when he joined Red Bull. Seb needs to know that he’s loved by the team, and by the fans, and that’s gone this year.”

The problem Villeneuve talks about is largely to do with the pecking order within the team. Instead of out-and-out saying there’s a number one and a number two driver or giving them equal status, Ferrari has sort of danced around the area, saying that Vettel will generally be favoured in 50/50 scenarios, although Leclerc will be allowed to challenge and beat him. That’s left Vettel in a situation where he potentially feels threatened by his new teammate and Leclerc in something of an underdog scenario where he may feel like he has to prove something in order to be given truly equal status by the team.

Villeneuve added that he thinks it would have been better for Ferrari to carry on with the meme and give Kimi Raikkonen another one-year extension:

“[Ferrari] already had Leclerc, so they could have given him a contract for 2020 and 2021, and kept Kimi for just one year, because this was the year to fight. Then everybody’s happy, because you give them time in advance, it doesn’t unbalance anything. That’s not saying Leclerc is not good, he’s amazing, he’s super quick, he deserves to be there, that’s not the issue. But the way Ferrari operates, the way Seb is, he needs this kind of love around him, and it was just not the right move.”

He went on to highlight that Mercedes found itself in a rather similar situation driver-wise last season and ended up doing the opposite, a decision he thinks has proven to be the correct one:

“If they had put Ocon [at Mercedes], Lewis would have reacted the same way – he would have wanted to eat him alive straight away, and destroy him. But there’s respect with Bottas, and even if they both have two victories, Lewis doesn’t seem to be upset about it. That wasn’t the case with Nico [Rosberg] for example, and that really allows the team to perform at a level that it almost hasn’t performed at before.”

It’s a very fair point from Villeneuve, and indeed the battle between Vettel and Leclerc is one of the many things we’ve all been looking forward to this season. However, I think many people – Ferrari probably included – felt it might take a good few races for Leclerc to settle in and challenge Vettel. Instead, it took precisely one, and at both races where Ferrari has looked capable of beating Mercedes, it’s arguably been the 21-year-old leading the charge.

On the other hand, Ferrari and Vettel have been making costly errors, fumbling with team orders, and failing to deliver on hype for years, so you could say that what’s happened this year is no different and that the team has lost nothing in trying to shake things up.

What do you reckon? Let us know your thoughts in the comments. 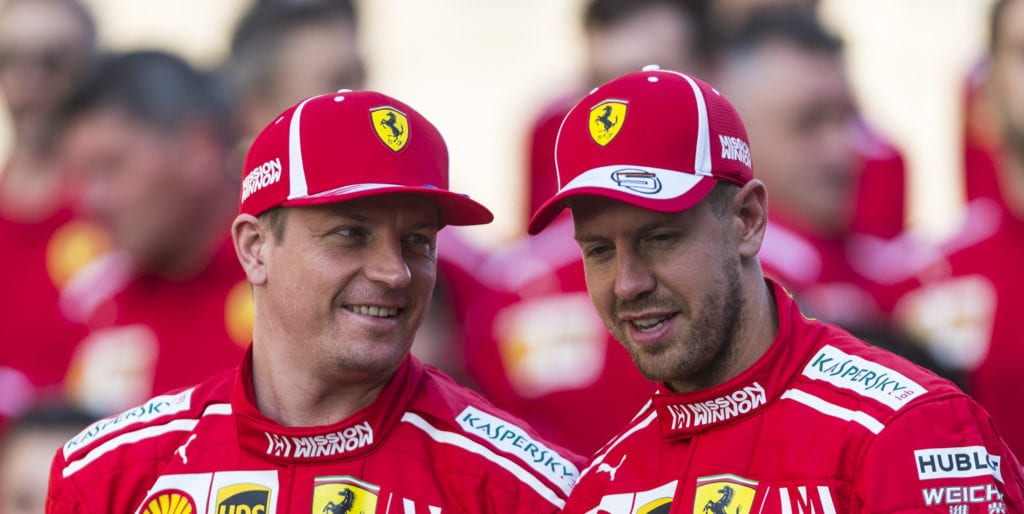