It wouldn’t have been surprising if F1 persisted with a ‘the show must go on’ attitude and tried to get things done on the Saturday. However, it’s been reasonably obvious for a few days that the typhoon will come down hard at Suzuka on Saturday. So, in a rare show of forward planning and common sense, the decision has been taken to cancel all sessions on Saturday. as organisers will close the track to everybody for safety reasons.

Qualifying will therefore be moved up to 10am local time on Sunday morning (that’s gonna be a real early one for us folks in Europe!) with the race taking place four hours later. FP3 has effectively been cancelled.

It’s not the first time we’ve seen qualifying and the race take place on the same day in recent years – the 2004 and 2010 Japanese GPs both saw similar situations, while the washout of the 2015 US GP also saw qualifying moved to Sunday. And let’s not forget the awful aggregate qualifying system in place in early 2005, where there was a second qualifying session which was held on Sunday morning to determine the final grid. It was confusing, nobody watched, and thankfully it got canned after just six rounds. 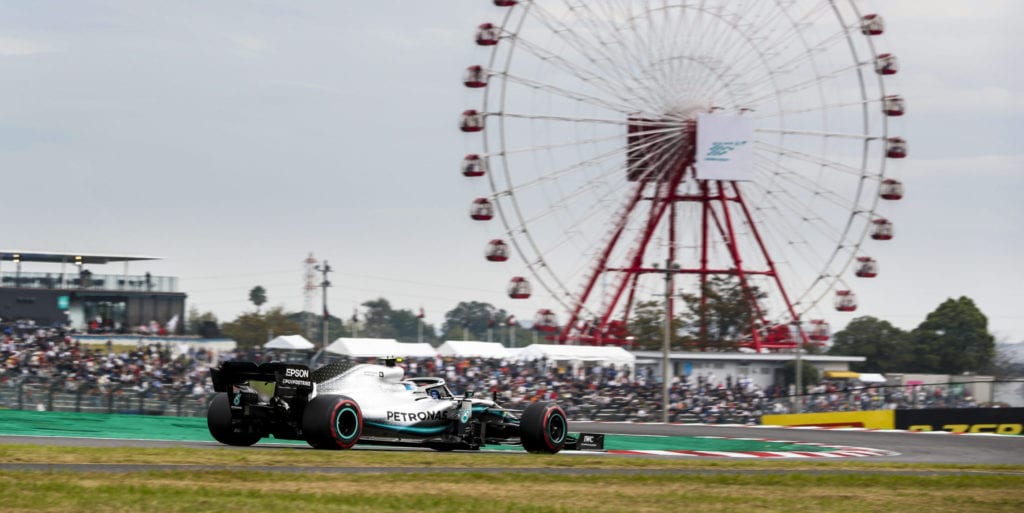