The second New York race was just a little bit less chaotic than the first, but Vergne won’t care about that one bit. Heading into the race, the four-way battle for the championship became three – in failing to take pole and the three points that go with it, Sebastien Buemi’s possibility of winning dropped to zero. That left Lucas di Grassi and Mitch Evans as the only challengers to Vergne, but with all three starting down the order and Vergne guaranteed the title as long as neither of his rivals won the race, he could afford to drive a bit of a cautious race.

While Evans and di Grassi did move up into solid points positions, they never really looked like getting on the podium, let alone winning the race. To really cap it off, they both crashed out on the final lap as Evans’ Jaguar appeared to run into problems, allowing Vergne to gain a couple of extra places to finish seventh and win the championship.

The race was won by Robin Frijns, who dropped to third at the start but was able to pass Buemi and pole-sitter Alexander Sims as he cruised off to his second win of the season. Sims just held on to secure his first Formula E podium while third was enough for Buemi to end up runner-up in the championship.

Of perhaps more interest than the drivers’ title was that of the teams’ championship. With Vergne in ‘bring it home’ mode and Andre Lotterer dropping out early on, the door was left slightly ajar for Audi to pinch it from Techeetah at the final hurdle – just as happened last year.

Daniel Abt was making that look a real possibility as he scythed through the field. He and di Grassi were sitting fifth and seventh at one point – another position or two for each would have been cause for concern, but as it was Techeetah was able to hang on and win the teams’ title for the first time.

It marks the end of what has been an incredibly wild fifth season of Formula E. The extra speed of the new car made for some spectacular action, while the loss of pit stops and introductions innovations such as Attack Mode all contributed to some truly bonkers – and brilliant – racing.

In the 13 races, nine different drivers from eight different teams managed to win, but in the end it was the same familiar faces fighting for honours. Next season sees Mercedes and Porsche join as factory teams, something that’s only likely to make things even wilder. Bring it on! 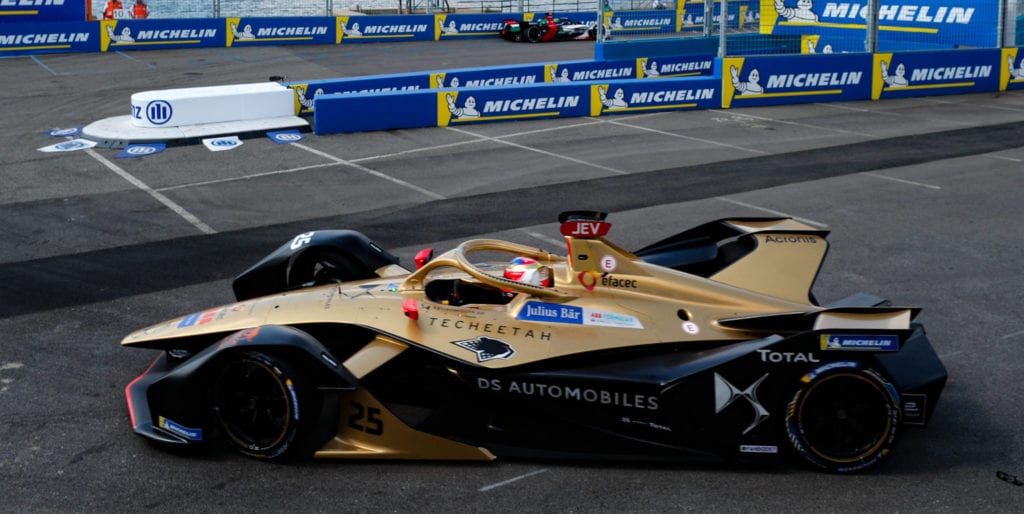