Jenson Button, the 2009 F1 World Champion, has joined the likes of Nico Rosberg and Lewis Hamilton in founding his own Extreme E team. As well as managing JBXE Racing, Button will also be behind the wheel and race in the electric off-road series that is due to launch this year. Extreme-ly awesome.

Since leaving F1 at the end of 2017, Button has tried his hand at many motorsport ventures. From the World Endurance Championship, Le Mans 24 Hours, British GT and Super GT, Jenson is not shy of a challenge.

However, Extreme E is an entirely new experience for Button, who has not raced electric vehicles on a scale like this before. Although he has mainly stuck to racing on smooth asphalt circuits for most of his career, Button has a passion for off-road racing much like his father did.

“JBXE has been a long time coming, and I’m both delighted and proud to announce its formation and entry into the inaugural Extreme E Championship,” Button proudly announced.

“I caught the off-road bug a few years back which led to me entering my own team in a few races including the Mint 400 and even the Baja 1000, and I absolutely loved it! It was around the same time I first heard about the plans for Extreme E which I’ve followed with great interest and what Alejandro Agag, Ali Russell and the team have managed to create is nothing short of incredible.

“I’m delighted to say there are some world-class opponents to go wheel-to-wheel with and Extreme E is a world-first which sees true equality with male and female drivers both as teammates and as opponents out on the track.”

Extreme E also has a different format for its driver pairings, in which the team must consist of one female and one male driver. It’s hoped that this approach will help offer more women racing opportunities in a fair and balanced way – kinda like mixed doubles in tennis.

Button confirmed his co-driver would be announced in the coming weeks. With the likes of Britain’s Catie Munnings and Jamie Chadwick already being snapped up, we look forward to seeing who Button will choose to partner him at JBXE.

Although neither Hamilton or Rosberg will be racing in the series, unlike Button, both have also founded their own Extreme E entries and will compete head to head when the racing action starts in April.

This news comes as last week Jenson announced he would be returning back to his roots with Williams Racing, joining the team as a Senior Advisor.

Are you excited for Extreme E? Let us know in the comments. 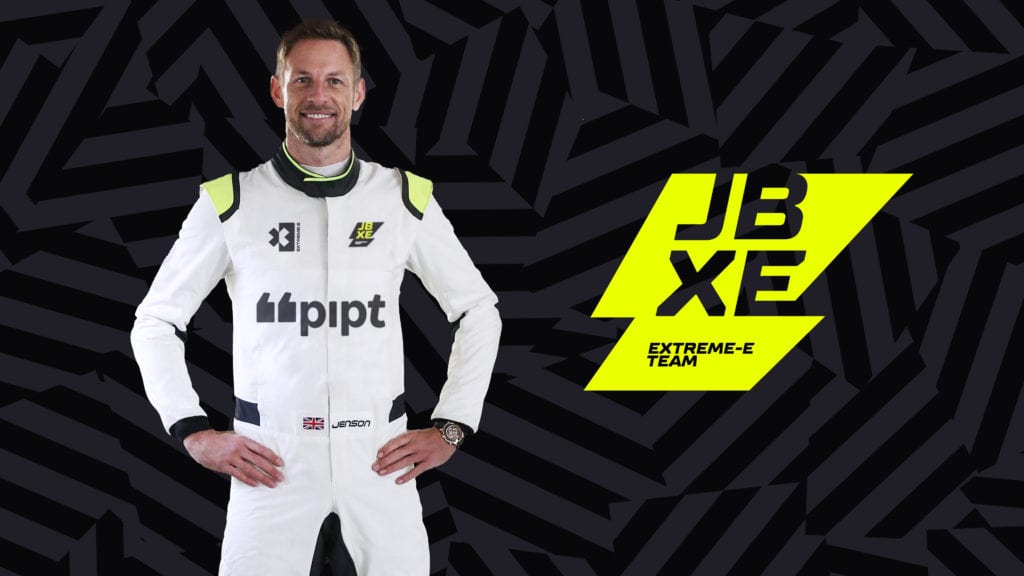