Jenson Button Has A Grid Penalty For His F1 Return In Monaco – WTF1
Skip to content
×
Formula 1 , News

While Button may well be replacing Fernando Alonso for the Monaco Grand Prix, he still inherits the Spaniard’s number of engine components used during the season so far.

So, while Alonso is off enjoying something different with the Indianapolis 500, Button has been left with a grid penalty for his one-off F1 return.

The 2009 F1 champion has been given a 15-place grid drop for the race in Monaco, after changing several power unit elements prior to FP3.

Honda confirmed that the MGU-H and Turbo Charger on Button’s car (well, Alonso’s car, which Button is driving this weekend) have been replaced.

The rules state that the first time a car is fitted with the fifth version of a particular element results in a 10-place grid drop, with five places for the second use of a fifth element and so on.

Regulations also state that if a driver is replaced for any F1 round during a season, they continue to be deemed the original driver for power unit usage.

Alonso may well feel relieved for this weekend, but it doesn’t bode well for the rest of the season…

A few elements were changed on Stoffel Vandoorne’s car too but these were scheduled and did not result in any penalties.

However, the Belgian rookie does have a grid drop for Monaco, after he crashed into Felipe Massa at the last race in Spain. 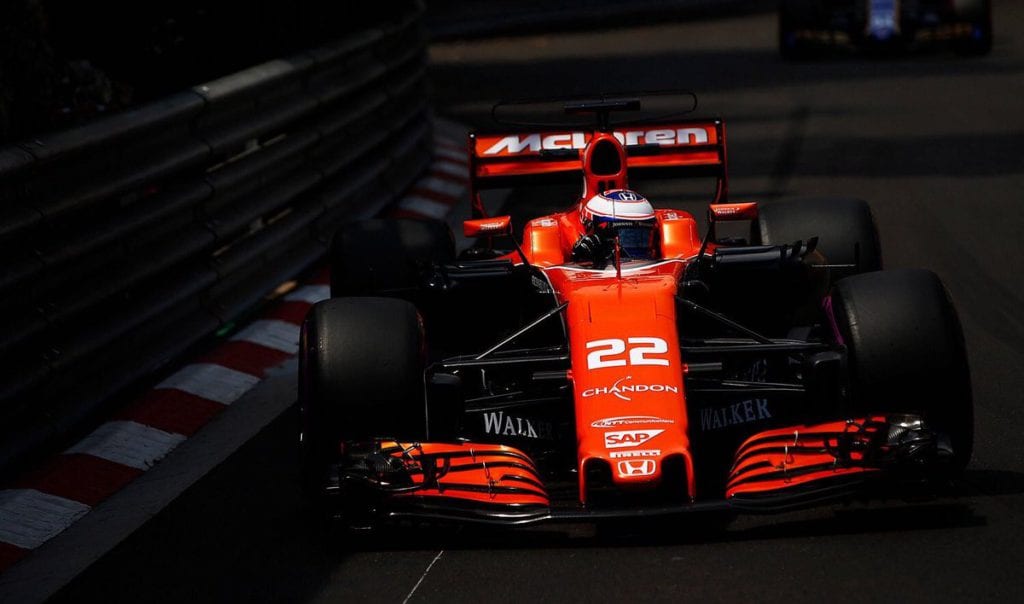