Jenson Button Says Racing In IndyCar Would Be Too Scary – WTF1
Skip to content
×
Formula 1 , Indycar

Jenson Button Says Racing In IndyCar Would Be Too Scary

Officially, Jenson Button has been taking a ‘sabbatical’ from F1 this year, not that anyone (including himself!) really believes that, though.

For all intents and purposes he was done with F1 a long time ago, and since leaving he’s kept himself busy by getting disqualified from triathlons, doing a Super GT race, and of course that one-off Monaco appearance when Fernando Alonso went off to race in the Indy 500.

Button’s role with McLaren looks set to officially come to an end after this season though, and he’s been weighing up his options for the future.

Unlike his former teammate, heading over to race an IndyCar doesn’t hold any appeal for him because he apparently finds it too scary.

“No interest really. I mean IndyCar, there’s some great drivers racing there but it scares the shit out of me. I’m amazed that they still race. Very brave guys but I wouldn’t touch that. I don’t feel that’s necessary at this point of my career.”

Given that two of his friends and former rivals, Dan Wheldon and Justin Wilson died in IndyCar, you can’t really blame him for being wary of it.

But what about that other series that seems to be popular with ex-F1 drivers, Formula E? Well, bad news if you’re a Button fan hoping to see him race there, because he isn’t a fan of that either.

“Formula E, I think it definitely has its place. It’s great for manufacturers, the technology that is being used – it’s definitely going to keep going. It’s amazing how fast it’s grown and the people getting involved, the teams, the manufacturers, the drivers, but again, it’s not something that excites me.”

“I want to go racing and have fun, I want to hear the engine, I want to hear it roar and I want to drive something that’s got 600 horsepower plus. It’s what I grew up with. I used to go places like Donington or Castle Combe and you’d see these crazy-arsed cars racing. A Porsche turbo with 900 horsepower racing a Mini which is like as wide as it is long with a big crazy engine in it. That’s what I love, the power and drivers just totally out of control the whole time.”

If another single-seater series doesn’t appeal to Button then what does he want to do?! Unsurprisingly, given the number of ex-F1 drivers that end up there, it’s sportscar racing that he seems to be pretty interested in, particularly the DPi class in IMSA’s WeatherTech SportsCar Championship.

“I love the fact that they all get the same, well, there’s a selection of tubs that they can race with and they can make it their own with their aerodynamic package and power unit, and there’s a few manufacturers racing there and that’s great. It’s definitely a growing motorsport in America.”

He’s not wrong! IMSA has been absolutely brilliant this year and with massive teams like Penske and Joest joining in 2018, it’s only set to get better. There should be a few seats going spare too – will we see Button racing a prototype next year?

Where would you like to see JB racing in the future? Let us know in the comments! 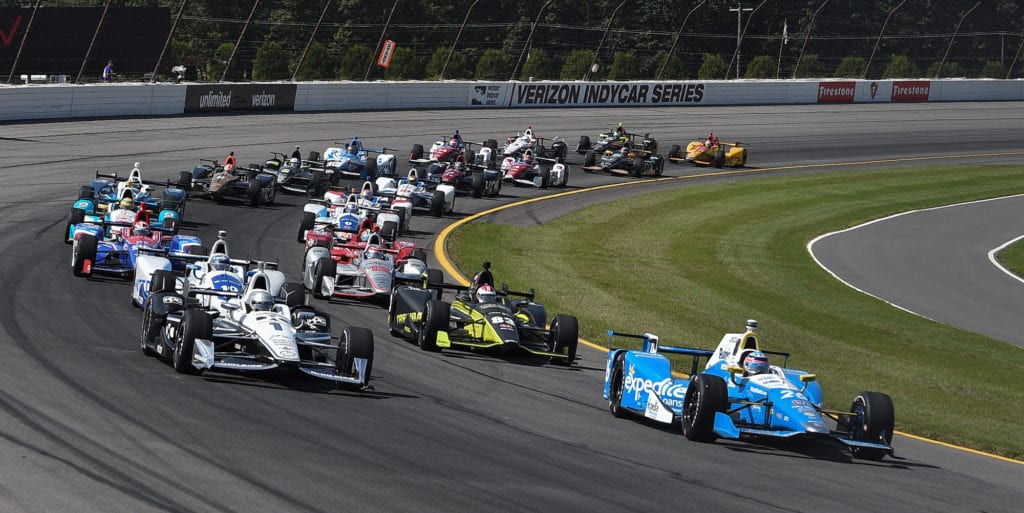