Max Verstappen tipped Sebastian Vettel into a spin at Turn 14 when trying to pass the Ferrari for third place on lap 44. The consequence of the collision saw Vettel slump to eighth and Verstappen lose fourth place to Lewis Hamilton, after the stewards deemed his actions worthy of a ten second time penalty.

Similarly to Max last week, Verstappen Snr. appeared on Dutch television show ‘Peptalk’, calling the move “an error of judgement” and saying that he will meet with his son to discuss the problem this week.

“The overtake on Vettel really wasn’t on,” Jos said, speaking on Ziggo Sport’s ‘Peptalk’. “That wasn’t possible. It was an error of judgement.

“In some circumstances Max just has to think more. He passed two people at the start. He did that perfectly. That’s what we all want to see.”

Jos emphasised that he does not want to see his son change the daring driving style that has endeared him to many Formula 1 fans over the past three seasons, but said that these incidents cannot keep happening. In Bahrain, Verstappen was the centre of attention for an ill-executed move on Hamilton that led to a puncture and race-ending differential damage on just the second lap.

“We don’t want to see these kinds of actions,” the former Grand Prix driver added. “He needs to have it under control. He needs to think. I don’t want him to change his driving style.

“I’m seeing him tomorrow. Last weekend was very painful, but we’ll have to talk about it and analyse what happened in a normal way. This can’t happen. He already knows it, I don’t have to say much.

“I’m not mad, but I’m disappointed. It’s more painful for himself.”

However, coming to the defence of his son, Verstappen said that the media’s treatment of Max has been unjustifiably heavy, saying that his tender age has led to him being put “under the magnifying glass”.

“He has to take more risks with his Red Bull because the top speed is lower,” he explained. Max is being put under the magnifying glass, also because of his age.

“If you look at China, then [Fernando] Alonso pushed Vettel wide, and not just a little bit. That’s not being talked about. Max did that to a lesser degree and that’s all people talk about.

“He is being butchered by the press and I don’t think that’s correct.” 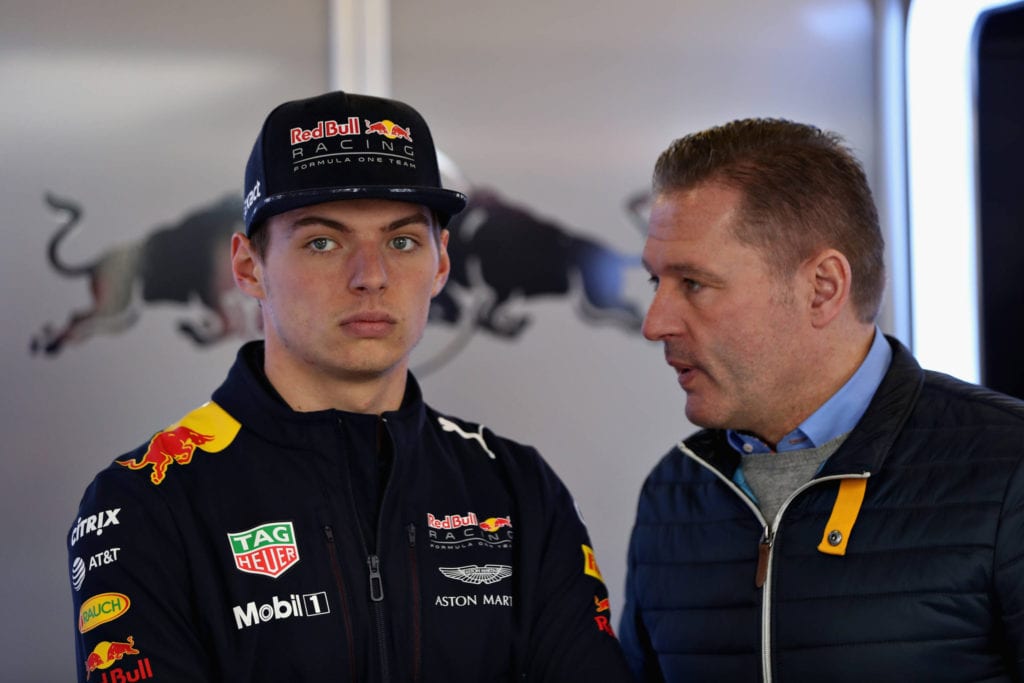