The Bugatti Chiron is the successor to the the marque’s record breaking Veyron. It’s named after Louis Chiron, a racing driver who competed for Bugatti in the 1930s and who also holds the record for being the oldest Formula 1 driver to start a race.

So the Chiron already has a bit of a motorsport connection, and now that’s been added to as two-time Indy 500 winner and former F1 driver Juan Pablo Montoya recently drove the car during a test session.

Montoya went from 0-400kmh (249mph) and back to zero again in just 41.9 seconds, but he didn’t bother with a helmet or race suit for the attempt, instead choosing to wear jeans, a crisp white shirt and some snazzy cufflinks, because he’s just that awesome.

Accelerating up to 400kmh took 32 seconds and the rest was spent braking, during which time the car pulled 2g of force. Sure, that’s nothing like the levels he’d have experienced in some of his racing cars, but still pretty impressive for a road-going machine.

And hey, at least this time he didn’t have had to worry about Jos Verstappen’s Arrows creaming into the back of him.

Whilst Montoya had use of the test facilities he also took the Chiron up to a speed of 261mph, which is faster than he’s ever gone any of his racing cars before.

Well, he hasn’t had a full-time race seat this year, so I guess he’s got to get his kicks somewhere… 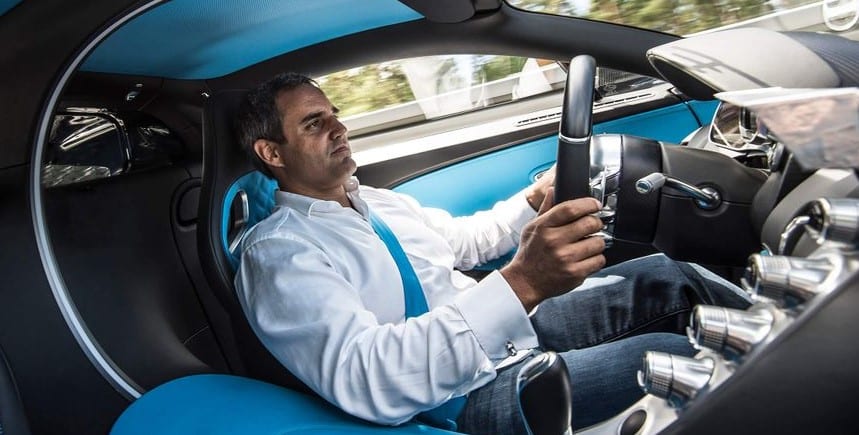