Over the last few years, we’ve seen an increasing number of sim racers successfully make the transition from esports to real racing as gaming begins to emerge as a genuine pathway to actual motorsport. But what about the other direction? Many drivers use sims for training, but if they entered an actual competition, would they be as good as the dedicated gamers?

Thanks to the ‘Miami’s Fastest Gamer’ event (a spin-off of the World’s Fastest Gamer competition), we got to find out. 24 drivers spanning different generations and backgrounds took part – established names like Montoya, Ed Jones, and Adrian Fernandez competed against young up-and-coming racers like Sebastian Montoya, Eduardo Barrichello and Enzo Fittipaldi and those from a sim racing background, including two previous WFG winners, Rudy van Buren and James Baldwin.

That’s a pretty strong collection of drivers and you’d expect the dedicated sim racers to lead that way…but that wasn’t the case. In the final 10-lap race at the virtual Red Bull Ring, Montoya came through from third on the grid to beat Ed Jones and Barrichello Jr, with sim racer Baldwin (who was mentored by Montoya in last year’s WFG competition) in fourth.

So, that’s wins in F1, sportscars, IndyCar, Nascar, and now esports – is there anything Montoya can’t do!? A staunch backer of the positive effects of sim racing, the 44-year-old was surprised by how he got on – and the pressures he faced along the way:

“It’s unbelievable. I can’t believe the intensity where you are racing these guys on the simulator. I was burning up – my head felt so hot because you have to be so focused. Ed [Jones] did a great job, but I was surprised I had anything for them. I didn’t think I was quick enough, but I just put the laps together, and it was pretty damn good – I’m surprised.

“I think it’s cool because the sim racers are really good. They spend a lot of hours on it. One of the things you could see was the racecraft from the guys that have done a lot of real racing start to pay off. In pure lap speed, the sim guys are really good, but I think we got them today in the little details.

“Honestly, from driving and watching today, I haven’t been this excited about racing in a long time. Everyone in this room who was watching was cheering for somebody – it was so cool. I’m a big believer that sim racing is going to be huge but after today, this is a different level – it was incredible.”

There we all were, thinking that the rise of esports would see an influx of sim racers making their way into real motorsport. But after this, what’s to say it won’t be the other way around? After all, Max Verstappen and Lando Norris haven’t let their F1 careers get in the way of their iRacing activities. Maybe soon we’ll see Daniel Ricciardo’s name in the pro draft for F1 esports, or Sebastian Vettel attempting to qualify for the Gran Turismo World Tour… 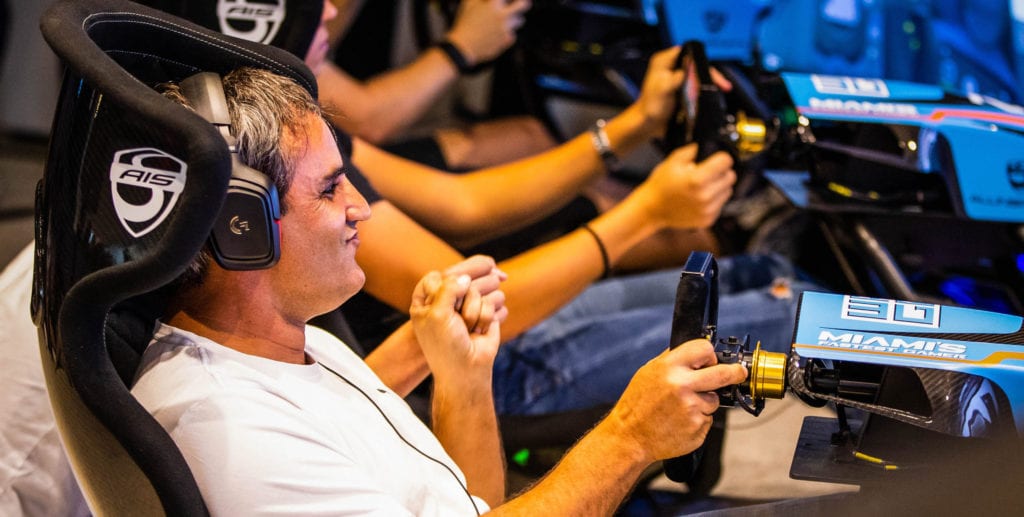