F1’s summer holidays are coming to an end, so we’re all gearing up for the sport making its return at the iconic Spa-Francorchamps track.

There’s nowhere quite like Spa, is there? One of the most historic and famous circuits in the world, it’s easy to see why the home of the Belgian GP is so popular.

It’s also one of the best to watch from onboard cameras, so ahead of F1’s return at Spa this weekend, we’re getting you hyped up for the race with a bunch of onboard hot laps.

Fernando Alonso’s always one of the most spectacular drivers to watch from the current grid, and here he is back in 2013, passing Romain Grosjean and Lewis Hamilton in his Ferrari after a pitstop.

A lot of people complain about the sounds of the V6 turbo engines, but while we don’t mind them, listening to the roaring V8 does make us miss them. Here’s Nico Rosberg powering around Spa at speed in 2011.

Speaking of engine noise, the V10 takes things up a notch, with this epic onboard hot lap of Michael Schumacher for Ferrari back in 2005. It sounds good, it looks good and it’s awesome to watch the seven-time champion at work around the Belgian track.

Let’s ride onboard with Jean Alesi as he wrestles his 1991 Ferrari F1 beast around a slightly different-looking, but remarkably similar Spa-Francorchamps. It really hasn’t changed that much since… although there aren’t as many trees!

There’s something incredibly satisfying about watching Jenson Button behind the wheel of an F1 car. Here he is taking pole position for the (now infamous) 2012 Belgian GP, he’s super smooth, composed and there’s not too much movement from the wheel. Absolutely brilliant!

Kimi Raikkonen’s always gone well at Spa and has won the Belgian GP four times, so it’d be silly not to include some hot laps of the ‘Iceman’ in action at Spa. How awesome does this onboard footage from 2004 look and sound? Give us a minute while we recover…

Another video from 2005, because we can’t get enough of that engine noise. Here’s Alonso blasting around Spa in his Renault, it’s just a shame they briefly cut to the normal TV camera footage towards the end. Also, who remembers the old Bus Stop chicane? We prefer the current one…

Sure, this isn’t a full pelt lap, but it’s really cool to see what Spa was like back in those days. Patrick Tambay takes us on a tour of 1985-spec Spa, driving his beautiful-sounding Renault RE60.

We had to have a lie down after watching this video. It may only be practice for the 2000 Belgian GP, but Mika Hakkinen’s giving it everything in his McLaren – it looks, and sounds, absolutely epic.

What’s your favourite Spa-Francorchamps onboard lap? Let us know in the comments below! 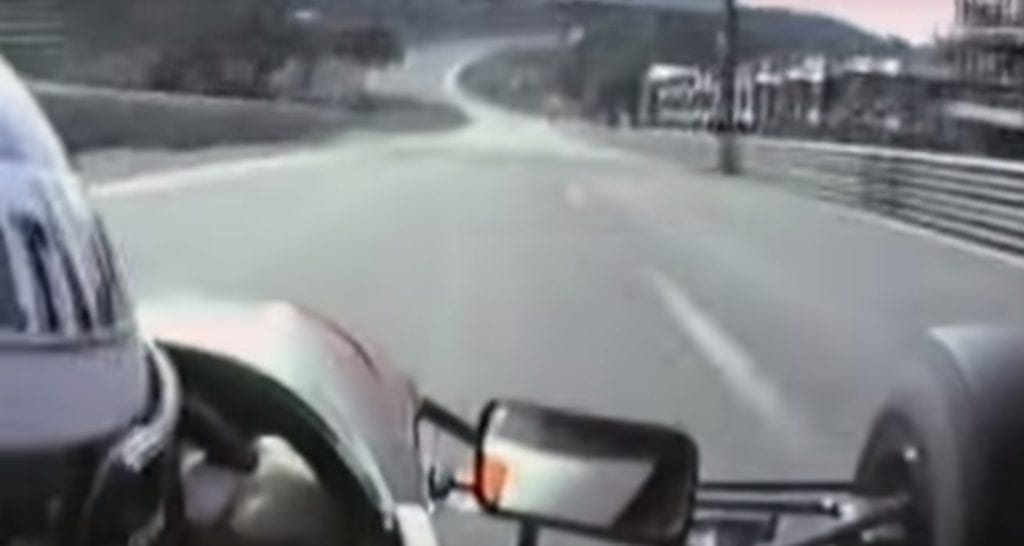