It’s understandable that race drivers get frustrated when things don’t go their way, but this has to be one of worst acts of sportsmanship we’ve ever seen in motorsport.

With behaviour that would be outrageous even for a local kart track never mind the FIA Karting World Championship final, Luca Corberi not only ignored marshals to approach his rival but went even further and threw his bumper at them!

Things didn’t stop there, as another video emerged of Corberi taking it even further and brawling in parc ferme after.

And because that wasn’t bad enough… pic.twitter.com/WOcrHznU2M

What’s worse is Corberi’s father (who owns the circuit) appears to be the guy in black who gets involved in the brawl as well.

We wait to see what kind of punishment the FIA will give for this but you’d like to think the Italian receives a lengthy (if not permanent) ban from motorsport. 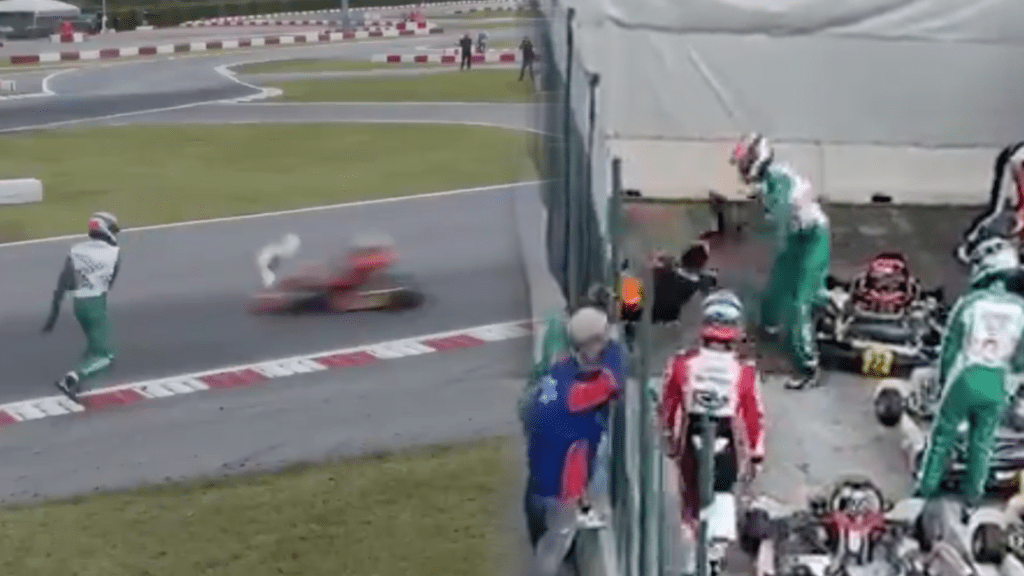