Karter Who Threw Bumper At Rival Banned For 15 Years

The Karter who made headlines last year for throwing his kart’s bumper at a rival on track before having a fistfight in Parc ferme, has been handed a 15-year racing ban by the FIA.

With behaviour that would be outrageous even for a local kart track never mind the FIA Karting World Championship final, Luca Corberi not only ignored marshals to approach his rival but went even further and threw his bumper at them!

The clip went viral on social media last year, with it being confirmed that an investigation would be taking place.

And because that wasn’t bad enough… pic.twitter.com/WOcrHznU2M

There were reports that the karter had already quit motorsport, but this ban sets an example that actions like this will have serious consequences. 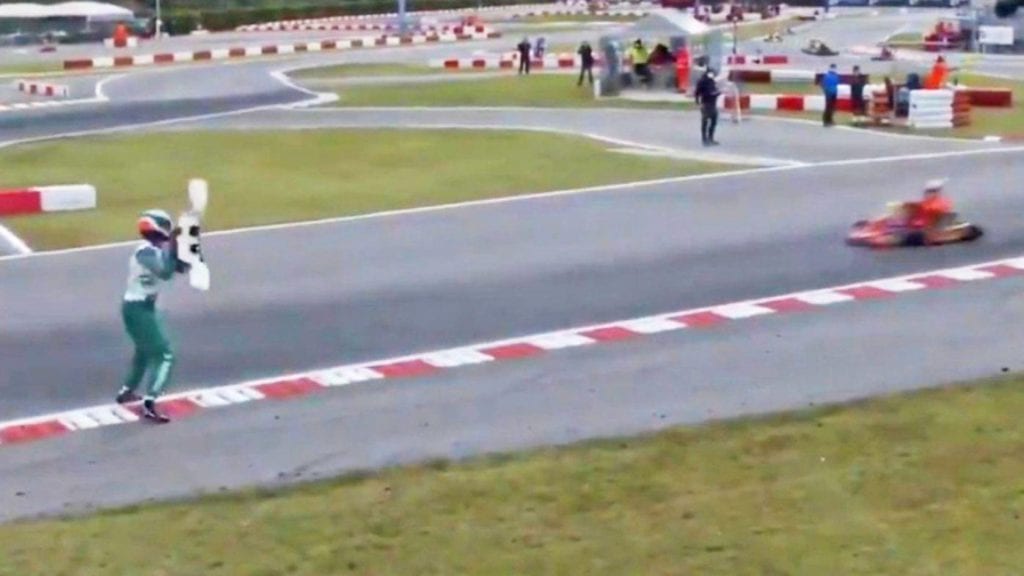