You’d think with miles of run-off, there wouldn’t be much in the way of drama at Paul Ricard this weekend. Well, the free practice session on Friday certainly proved that wasn’t the case. The track was actually throwing up a few difficulties for drivers, not least because of some harsh kerbs on the exit of Turn 2.

Valtteri Bottas ran a bit wide on one of his first laps and ran right over the chunky yellow sausage kerbs, as they’re known. He had to come in to the garage just minutes into the session and pit for a new front wing. Because that’s such an early change of parts in the weekend, it’s likely to really hurt Mercedes for the rest of the weekend.

Bottas clips his own wings going over the kerbs out of Turn 2, and returns to the pits with damage#FrenchGP 🇫🇷 #F1 pic.twitter.com/I7p4UQWgab

Kimi Raikkonen and Pierre Gasly also had some uncomfortable rides over the track limit enforcers in FP1, but Mercedes was affected most. Oh, and they weren’t too happy. We got to hear this in the new FIA/Team radio snippets, and things got pretty sassy.

The conversation was between Ron Meadows, the Mercedes Sporting Director and FIA Race Director, Michael Masi.

“The rumble strips on the exit of 2 has done an awful lot of damage to our car,” Ron radioed to the FIA. ‘They’re just too aggressive.”

“Er, they’re the 50mm ones we normally have at a lot of places, Ron,” Masi responded before being cut off.

“Well, all I’m telling you is that our car’s rooted because we went over them, and we can’t say you shouldn’t go there because that’s tens of thousands, hundreds of thousands of pounds worth of damage for going three-foot too wide.”

However, Masi was keen to have the last word. It’s a bit more than three-foot, but I’ll have a look. Thank you.”

Clearly wanting the last word, Masi is very keen to make sure that drivers pay attention to track limits this year.

We get it. The track is within the white lines, and the kerbs mean that if they leave the track, they get punished. If this was Monaco or Baku, they’d be in the wall.

Mercedes: 'These kerbs are too aggressive, they're causing hundreds of thousands of pounds worth of damage.'

But Mercedes’ point is that now with a cost cap in place, they can’t afford to have kerbs that just waste their money.

It’s a tricky one but it sounds like Masi has basically dismissed the complaints. The track is the track and the run off isn’t. It does go someway to making the blue and red striped haze that is Paul Ricard a bit less ridiculous.

Max Verstappen also went wide at Turn 2 during FP2, damaging his front wing. He still finished the session fastest though.

“I’ll have a look at it all this evening,” Masi told Red Bull when they also wanted to see a change to the kerbs at Turn 2. “They were actually there in 2019. I think I’ve heard a number of team principals and drivers ask for physical limits.”

What do you think the solution should be for the Turn 2 rumble strips? 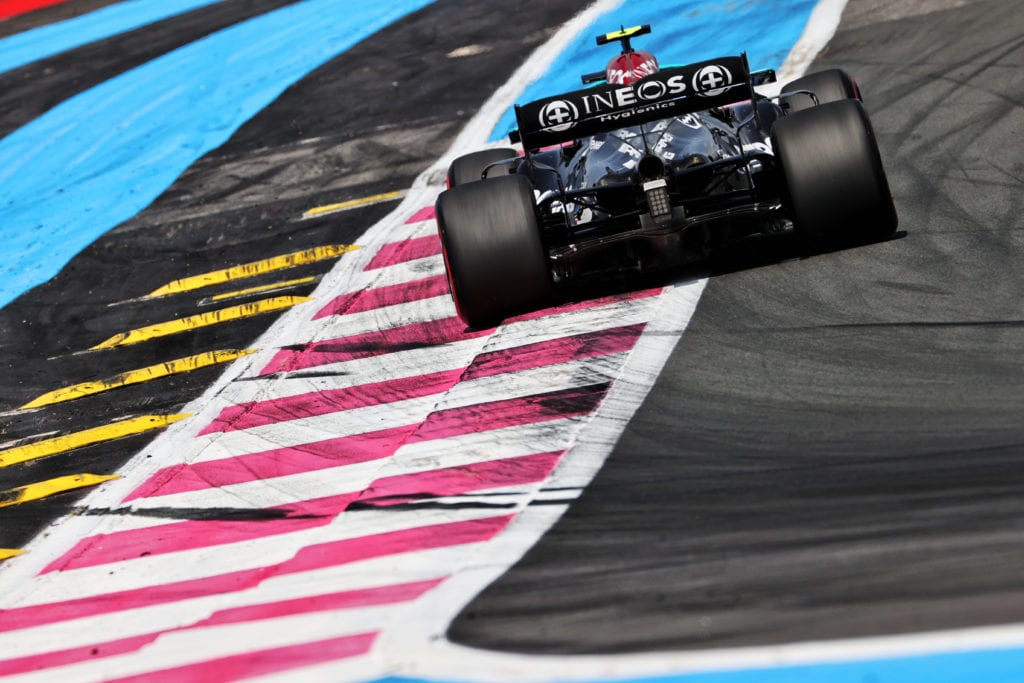