Kevin Magnussen Will Be Competing In Le Mans With His Dad This Year – WTF1
Skip to content
×
Endurance , News , Wholesome

Team Magnussen are going to be undertaking the ultimate ‘father and son’ challenge and will be competing in Le Mans together this year. It’s been an idea that has been in the works for a long time, and now it’s finally happening!

Kevin Magnussen, who is enjoying life away from F1 after losing his Haas seat for 2021, will be taking on a new challenge at Le Mans with his dad – racing driver Jan Magnussen.

The dynamic duo will be competing with High Class Racing, with a livery to pay homage to their Danish heritage. The two drivers will be racing alongside Anders Fjordbach for an all-Danish lineup for the world famous endurance race.

Kevin Magnussen competed in F1 from 2014 until the 2020 season, with 120 F1 entries to his name. During that time he raced with Haas, Renault and McLaren – earning himself a podium finish on his F1 debut with McLaren. He made the switch to Sports Cars for 2021 after his F1 career came to an end, driving for Chip Ganassi Racing in the WeatherTech SportsCar Championship.

His father is also no stranger to the race track. Jan Magnussen also raced in F1 during the 90s with 24 starts to his name with teams such as McLaren and Stewart. Away from F1, Magnussen Senior has also competed in NASCAR, CART and the 24 Hours of Le Mans.

Here we go! My dad and I are going to be racing in the same team at Le Mans this year in LMP2. It’s something we’ve tried to do for years and truly a dream come true. pic.twitter.com/CfV8YYfs43

Speaking about the idea of racing together, Kevin had previously said it would become more difficult to make a reality as time went on as his dad wasn’t a factory driver anymore. We’re so glad it has finally worked itself out!

The race itself will be happening on August 21-22 and will be the first time Kevin has taken part in Le Mans. We’re super excited to see how they both get on, being the first time the father and son have raced together competitively.

How wholesome is this? 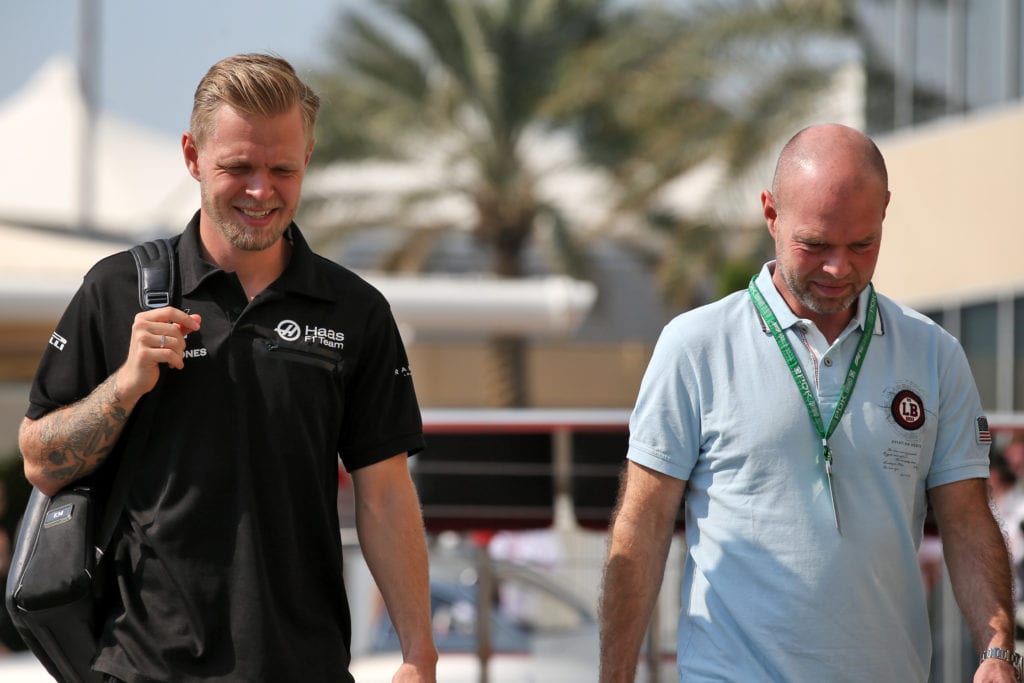