Kimi Raikkonen Has Been Disqualified From Qualifying – WTF1
Skip to content
×
Formula 1 , News

Kimi Raikkonen Has Been Disqualified From Qualifying

Stewards found that the front wing on Raikkonen’s Alfa Romeo C38 deflected by more than 5mm under a load of 60N, a violation of the technical regulations. As a result, his times from qualifying have been invalidated and he’ll no longer start eighth on the grid.

Instead, he’ll have to take the start from the pit lane, joining Pierre Gasly, who missed the weighbridge during practice, and Robert Kubica, after Williams has elected to start him from the pits following his qualifying crash in order to make setup changes to the car.

That’ll make it difficult for Kimi to continue his current points-scoring streak, though Alfa Romeo appears to have a pretty quick car this weekend so he and Antonio Giovinazzi (who’ll start last following a grid penalty for a change of control electronics) could be just some of the many drivers capable of battling through the field.

Besides, with the chaos of Baku, starting from the pit lane and keeping out of the lap one melee could prove to be a blessing in disguise… 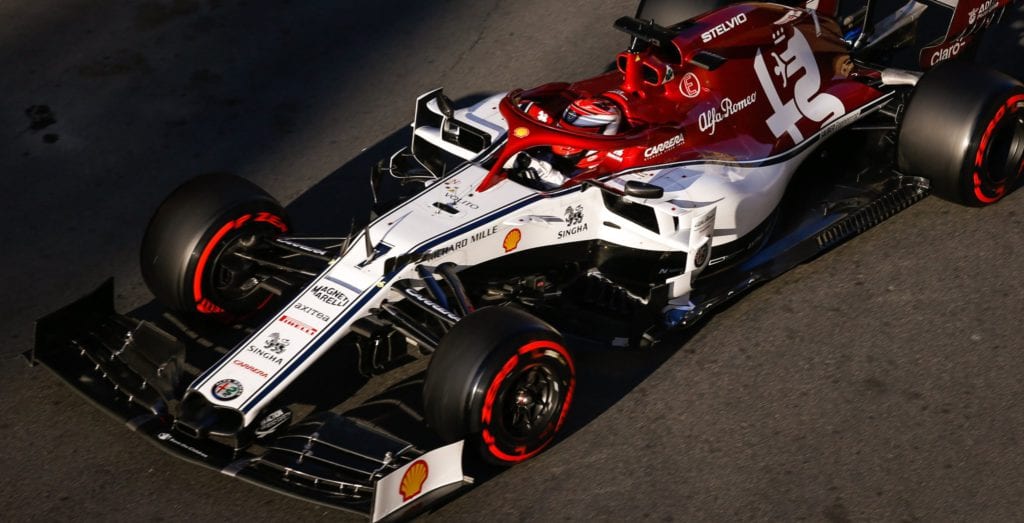