Kimi Raikkonen Seems To Be Absolutely Loving F1 At The Moment

In the last few years at Ferrari, Raikkonen showed flashes of the old brilliance that made him a match for the likes of Fernando Alonso and Michael Schumacher in the mid-2000s, but never consistently enough to present a real season-long threat to any of the other front-runners. Despite some notably brilliant performances, if you were being harsh you could say that him occupying the second Ferrari seat was a bit of a waste.

Now at Alfa Romeo, it’s a completely different story. Free of the tricky politics of the Scuderia and tasked with the challenge of leading the team, Kimi appears to be in his element. It’s been borne out in the results, too – outside of the top three teams he’s the only driver to have scored points in all three races so far and he currently sits seventh in the championship, just one point behind Pierre Gasly. They’ve all been impressive drives, too, moving forward on the grid against stiff midfield competition from the likes of Renault, Haas, and McLaren.

He’s easily had the measure of teammate Antonio Giovinazzi (who, to be fair, has been incredibly unfortunate) as his vast experience seems to be paying dividends. Indeed, he’ll make his 300th start in France this year and in 2020 will surpass Rubens Barrichello’s record as the most experienced F1 driver of all-time. He’s showing no signs of getting fed up though as he now sees his F1 career as more of an F1 hobby, saying ahead of the Chinese GP:

“I don’t have any special things that I try to motivate myself. It’s become more of a hobby for me lately than anything else and probably that’s why it’s more fun again. I always try to do the best that I can. Some days it goes a bit better than others – but that’s how it goes when you do a lot of racing. Some days it’s a bit more tricky than others.

“It’s never really been an issue. A lot of people think so but everybody has the right to say what they think. I just try to do what I can and when I feel that it’s not what I expect from myself then obviously I try to find a new hobby after that.”

Don’t be fooled by him calling it a hobby, though – Raikkonen is still seriously committed. Alfa team boss Frederic Vasseur told Motorsport.com that he’s even helping to design parts of the car:

“He doesn’t take it easy. He is fully dedicated, fully focused and he is pushing like hell on every single detail. You can ask the engineers. Nobody will consider that Kimi is on vacation!”

That’s not the only, thing either – during winter testing he put up a video on Instagram showing him modifying his own seat.

I didnt go to school for nothing.

The funny thing is that it wasn’t too long ago that he’d developed a reputation that was kind of the opposite. After a lacklustre 2009 season, he seemed quite happy for Ferrari to pay off his contract while he went and raced in other series. Then, questions over what motivated him surfaced again at the end of 2013 when he was involved in a salary dispute with Lotus in which he threatened to not race in Abu Dhabi and ended with him missing the last two races in order to have back surgery.

Following an awful season with Ferrari in 2014, few would have believed that he’d still be here five years later and seemingly driving better than he has done for ages. He’ll be 41 years old when his contract with Alfa Romeo finishes in 2020 and though that might finally be when he calls it quits, if he’s still enjoying it, then what’s not to stop him from carrying on a bit longer? After all, his performances this season have proved that old dogs can still have plenty of life left in them. 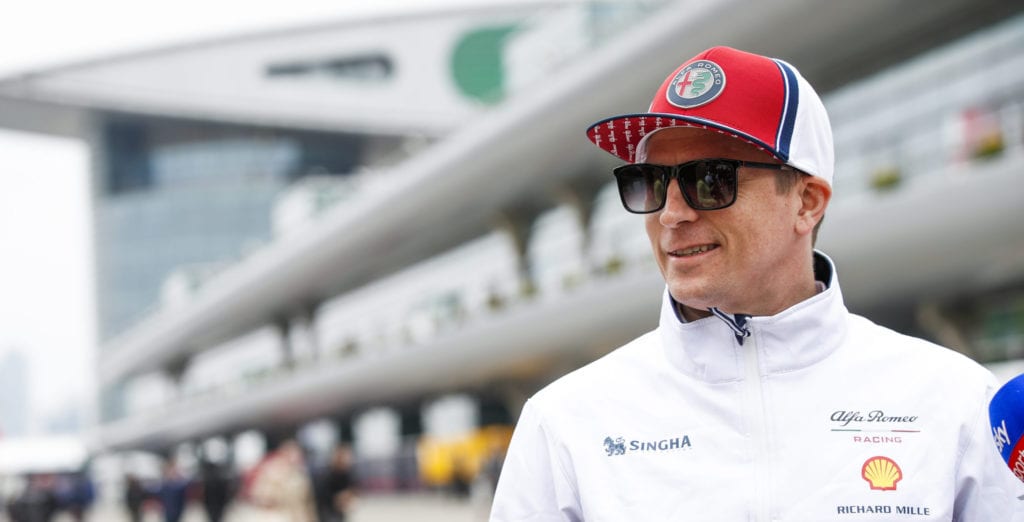